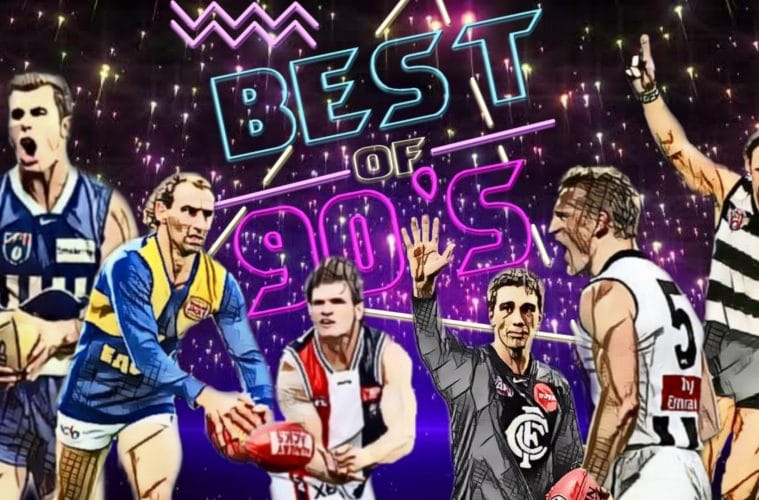 And the hard work pays off here.

A couple of weeks ago I decided to embark on the kind of journey only the postponement of the season could prompt. I started concocting a way of rating the top players in their positions for the decade of the 1990s.

What started as a bit of fun, and something I thought would be relatively simple, quickly became a bit of a task as I discovered that it was a huge amount of work. After assessing the best forwards, mids and defenders, I ended up with a pretty amazing list of players.

Once I added the rucks, it shifted things only slightly – the mantle of best ruck moved wildly in the 90s from season to season, with only one bloke securing two AA selections as first ruck. Only one was able to crack the top 20 overall.

And so, after formulating a way to ensure the best players, irrespective of their position, were represented, I’ve managed to pull together the following list of the top 20 players of the 1990s.

Before going ahead, here are the three previous articles, position by position.

I’ll be shifting focus to the 2000s next week, which is sure to bring a raft of opinion and conjecture.