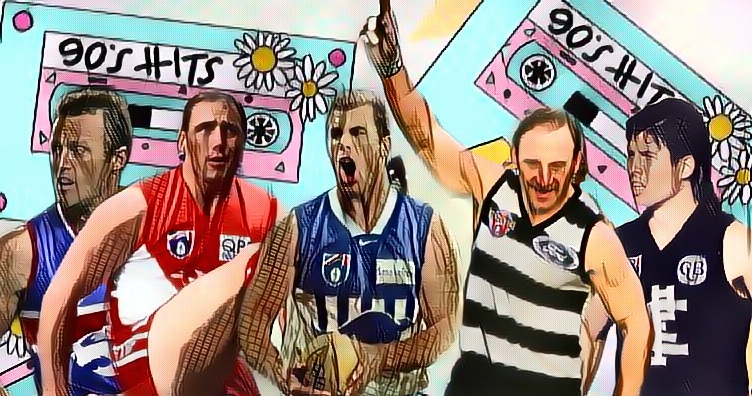 We’ve covered the defenders and the mids, and now it’s time to focus on the blokes up forward.

Many see the 90s as the golden age for big forwards, and it is hard to argue with that. We had Lockett, Dunstall, Ablett and Modra all prowling the goal square, and names like Carey, Loewe, Grant and Kernahan at centre half-forward.

But who had the biggest impact?

Well, that’s what the Mongrel is here for. To stuff things up, if you listen to some…

Below are the top 20 forwards according to the Mongrel’s rankings system.