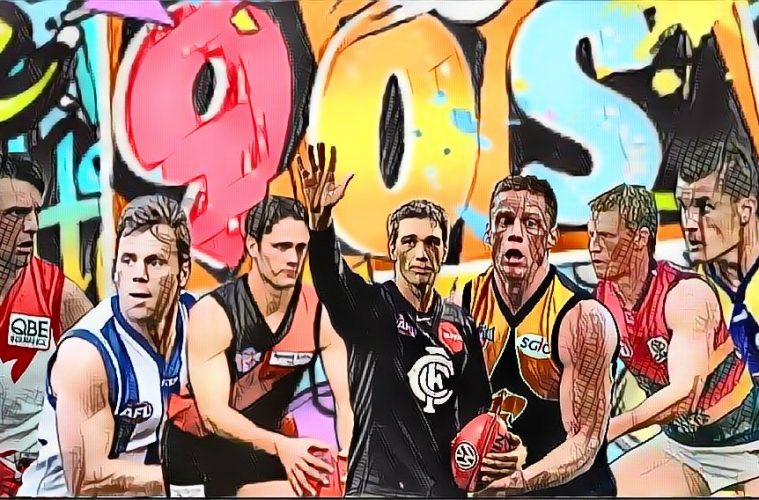 I‘ve been accused of being stuck in the 80s a few times in my life, but the most recent time came this morning when a mate called and told me that the site had too many 80s articles in this downtime, and not enough 90s.

Of course, he was a child of the 90s, so he would think that, but I looked back and thought for the first time in his life, he could be right.

As such I started perusing the “decade that delivered” according to AFL and started wondering about the guys who didn’t generate as many headlines – the defenders.

We had the names like Lockett, Ablett and Carey grabbing all the headlines, but some of the defensive presences were just as important in successful sides as those in front of goal or running through the middle.

So, I got around to breaking down the top defenders of that era, and ONLY for the decade starting in 1990 and ending in 1999. Anything the players accomplished outside that range does not count. Yeah, I understand fully that this disadvantages some of the players whose careers commenced mid-decade, and stretched well into the 2000s, but hey… maybe they can have their own list at some stage.

You could even do it yourself. Wink wink.

But until you get off your backside and do it, it looks as though you will be stuck with my list of the ten greatest defenders of the 1990s.