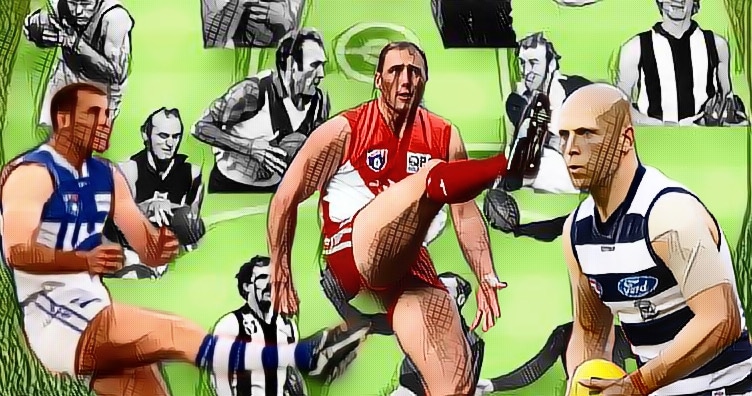 MEMBERS – Revising The AFL Team Of The Century

Please note – the first half of this article is on the team announced in 1996. The second half (the members bit) is reworking the team after almost 25 years. Cheers

In 1996, the AFL named its ‘Team of the Century’ which sparked some heated debate.

The team represented those who the AFL thought represented the best the game had ever seen from 1896 to 1996, and brought together the following people to create the team.

Percy Beames – 213 games for Melbourne. 48 games as Melbourne coach. 30 years reporting on football for The Age.

David Parkin – 211 games for Hawthorn. 518 games as coach of Hawthorn, Carlton and Fitzroy

Greg Hobbs – Prominent media member as part of The Sporting Globe, The Herald and the AFL Record through the 1960s, 70s and 80s

So, those were the blokes who selected the team, but we are now almost 25 years removed from those selections. How about a new Team of the Century? Given that no one who played in the first 30 years of the league made it into the original team, we’re actually starting to edge closer to 100 years of truly great players now.

But can we cram in all the greatness?

Well, firstly, we have to have a look at the team, and really, we have to be respectful of the selections that were made at the time. This is particularly important when it comes to players who were selected in a time before we got to watch footy. I mean, I am taking Bob Davis’ word that Bernie Smith was a gun, and unless there is someone absolutely outstanding to replace him, how can I not?

With the current set-up in the AFL, with four places on the bench, it looks as though we’ve been thrown a bone immediately. We are able to add one player without removing any. Lucky, huh?

But that’s about where the luck ends.

When you’re looking at making a change, you have to look at the talent that missed out on a place in this team to begin with. If we’re thinking of adding more names to the mix, you have to understand those who missed selection the first time around to properly understand how difficult this process had to have been.

This is just the first half of the article. The Mongrel’s revised team is below and is for members only. Want to read more? Why not join?