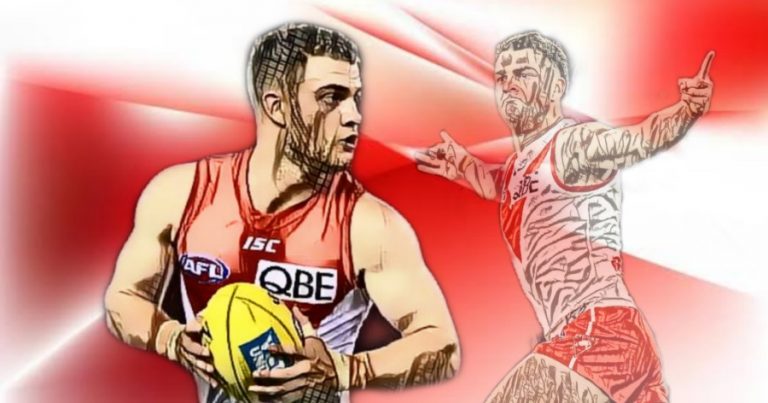 The Itch You Can’t Scratch

About a year ago I watched a documentary called – Winning Time: Reggie Miller vs the New York Knicks.

Even if you’re not a Basketball fan, I’d recommend giving it a watch. But if not, just watch this clip instead:

Reggie Miller was an outstanding athlete, and prior to Steph Curry coming along; was likely the greatest three point shooter of all time. More competent minds than I have gone through just how effective Miller was on the court…

…but honestly, who cares about the tangibles?

With analysts its always ‘efficiency rating’ this and ‘adjusted percentage’ that.

Does anyone actually know what these terms mean?…because I’ve just been pretending too so I look smart.

Of course statistics are immensely valuable at enhancing our understanding of sports, but whenever I read or hear someone talk about them in the AFL, my eyes glaze over.

It kind of like when your mate starts talking to you about Cryptocurrency and the Blockchain; yeah alright Dave, I’m sure it does upend the fundamental structure of monetary policy, but I’d rather go twelve rounds with Barry Hall then listen to another second of this.

Ever since Moneyball was released, it seems like we’ve been in a cultural moment that’s attempted to make statistics sexy…I want it to end.

Champion Data can try as it likes to boil down the reason Dustin Martin is so explosive from stoppages; but is anything they produce going to be more compelling than watching him stiff-arm some poor bastard into the sun?

Footy is one of the most complex and data-rich sports in the world; yet, it’s still a mysterious game, with coaches coming up with the new winning style on pretty much a year-by-year basis.

As human beings, we should both seek to understand the world through data and facts and logical reasoning; but we shouldn’t delude ourselves into believing this is a method by which we reach an endpoint of full and complete understanding.

What made Reggie Miller so compelling wasn’t his three-point shooting, or the fact that Indiana ran an offence through someone that was as undersized as he was; it was the theatre he produced…

…and in the AFL, no one quite puts on a show like Tom Papley.

I’ve watched my team concede plenty of goals before – some of them are more heartbreaking than others, but it never feels great when it happens.

The thing about Papley though, is that it somehow hurts even more than usual.

It’s difficult to pin down exactly why; I don’t recall him ever committing some egregious act against one of my players; plenty of other small forwards kick more spectacular goals than he does – so its not that.

My hatred comes from a more visceral place – an irrational place; a deeper feeling concealed in my heart, that only breaks loose when the pill travels through the middle off his boot.

Like a true artist, he invokes an emotional response that allows me to develop a deeper understanding of myself.

However, if I’d have to take a guess, I think it has something to do with the fact that the bloke seriously LOVES kicking goals.

When it comes down to it, this is just a regulation lead-up and set shot.

But there’s something about this whirring ball of energy; celebrating with the anger of a power-mad King, that – if I was a Pies fan – would make me want to throw my remote at the telly.

On the flip side – I could see how both Swans players and supporters would love it even more.

The lift he gives the SCG crowd is only matched by the lift he provides to his teammates…and doesn’t he get around them.

Imagine having that level of energy motivating you to succeed; it’d be like having a Navy Seal as your personal trainer.

A finer lip-reader than I will have to translate what he was saying, but it’s not about the ‘what’ with Papley – it’s about the feeling.

Papley bestows a level of vigour and enthusiasm on the Swans; whilst invoking an utter repugnance and contempt from their opponents.

Like Pavarotti bellowing out a triumphant melody; like Kubrick directing his masterpiece; or like Reggie Miller draining a three in John Starks face – Papley is a theatrical virtuoso.

He raises the emotional stakes.

If artists provoke, then Papley must have a provokee – and cast in the role of John Starks this prelim, was none other than Brayden Maynard.

A soft holding free is frustrating in any scenario – let alone a massive final. But I can’t quite shake the feeling that if we replace Tom Papley with Tom McCartin, the likelihood of Maynard dissenting here is significantly reduced.

Maynard is somewhat of an artist himself. He plays impassioned, and he takes motivation from the hatred others exude – Ed Langdon springs to mind.

I would never discourage Maynard from playing this way, but opening the heart to love requires opening it up to fear and anger too.

It demands the incision of a proverbial lesion, deep in the skin – a lesion that Papley loves to crawl into and remain.

Any tragedy must end with a twist of fate – the gallant and noble heroes (ok I know…it’s Collingwood), marching towards victory, before being cruelly slain.

Not by the diabolical villain’s own doing – but by the remorseless and unsympathetic nature of pure luck.

Of course, it had to be Papley…no dramatic scriptwriter would give the controversial descision to…oh…I dunno…James Rowbottom or someone.

It had to be to the most despised, the most anger-invoking player you could think of.

Perhaps this is more of a reflection on Australian culture than footy specifically; but whenever these superstar villains pop up; they suddenly become a cultural problem we need to eradicate. Call it tall-poppy syndrome, call it making the game just and fair; there is always an insistence that the controversy must end.

But has anyone ever stopped and considered that the controversy…is itself the spice of life?

If you’re a Pies fan and you’re unhappy with this…you should be. If you hate Tom Papley with a burning passion…you should.

But just take the hatred with a tepid sprinkle of triviality and theatre.

What a player like Papley brings to the game is utterly invaluable; in fact, you have an ostentatious player that gets under everyone else’s skin too – Jack Ginnivan.

Don’t you love how he riles everyone up?

Didn’t you love when he gave it to those Bombers fans?

The Bombers fans didn’t – as they shouldn’t.

Speaking in a post-game interview after the prelim; Papley was asked about the last goal he kicked.

With a shit-eating grin, he remarked “just a bit of forward craft”.