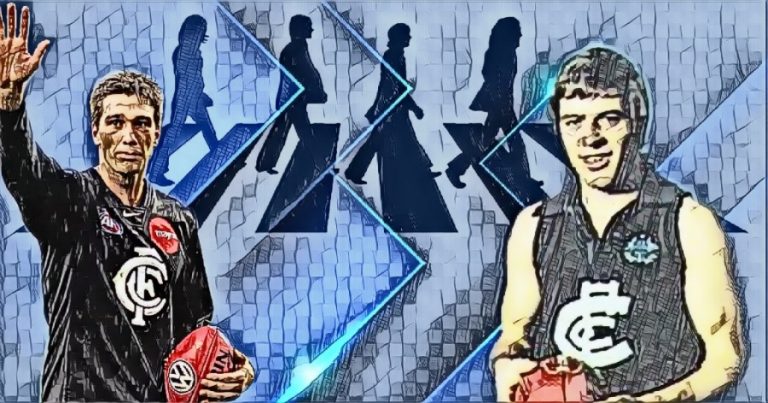 Not Even The Best Drummer In The Beatles?

There is a famous story regarding The Beatles that may or may not be true depending on what you read. True or false, it makes a nice backdrop for this article.

As the story goes, an interviewer was in attendance at a Beatles presser and asked whether Ringo Starr was the best drummer in the world. John Lennon, known for his quick wit and acerbic tongue, supposedly quipped “He’s not even the best drummer in The Beatles.”

This story has been shot down multiple times by music historians, given there is no audio of it in any recorded interview and no footage of the press conference where it supposedly occurred. Regardless, it was alluding to the fact that Paul McCartney was gifted at playing multiple instruments and was pretty handy with the sticks, himself – better than the actual drummer. For the record, McCartney was initially the guitarist for the band, but switched to bass to allow George Harrison to assume the position of lead guitar.

The fact is Ringo was pretty handy on the drums and made a tidy little living out of being the least fab of the four, but that didn’t stop the Ringo story from being told and retold until it became part of The Beatles’ folklore.

In a way, it came to define his place in the band.

Football had a version of this occur when the AFL named its Team of the Century back in 1996.

Amongst the great names adorning this collection of champions – Jack Dyer, Dick Reynolds, Leigh Matthews, and Ted Whitten amongst them – the youngest player on the team raised a few eyebrows, particularly amongst the long-term Carlton faithful.

Stephen Silvagni was named at fullback in that team – one of six Blues to make the cut – but some Carlton fans were immediately up in arms, declaring that SOS was not even the best fullback hailing from Carlton. They openly wondered what Geoff Southby had done to be excluded. In the eyes of many Blues supporters, he was the best man for the job and Silvagni, as good as he was, was in the team based more on recency bias than anything else.

In a little-known fact, it turns out that Southby, and David Dench for that matter, could not be considered for a position in the team of the century due to the fact that at the time the team was selected, they were not part of the AFL Hall of Fame.

Yep, by the Hall of Fame selectors not adding these two greats to the Hall of Fame, it automatically ruled them out of the selection process for the Team of the Century.

Hang on… then how did SoS get in? He wasn’t in the Hall of Fame, either – he was still bloody playing!

Ah, good attention to detail, my friend. Get this – he got in because, at that point, he was ineligible to be part of the Hall of Fame because he was still playing, so whoever made those rules up really half-assed their job.

Sounds like a bit of a cock up to me.

Silvagni’s career was nowhere near complete when he was afforded this huge honour – he would retire in 2001 after 312 games – five seasons after the team was announced. Perhaps by the time his career concluded, he would have been a better fit. However, in 1996, many Blues fans were firmly in the camp of Southby.

Did the AFL jump the gun by naming Silvagni to the team after what was, to that point in time, an incomplete career? And should that HOF criterion have been disregarded when it was s blatantly obvious that it was going to lead to a situation such as this?

Southby debuted in 1971 and retired after the 1984 season. My recollections of him are vague, and given the minuscule number of full games available from that era, I have to rely on the opinions and stories of those who got to witness him at his best.

These days, we get excited when a player bursts onto the scene and makes an impact in his first season. Southby did just that, and more, winning the Blues’ Best and Fairest in his debut season. Mind you, this was the reigning premiership team – not some collection of scrubs that were hobbled together to make up the numbers. The Blues were a powerful unit and Southby made them even more dangerous.

He won his second B&F award the following year – an incredible achievement in a team boasting the likes of Jesaulenko, Nicholls, Doull, and Walls. We look at the plaudits being handed down to young blokes like Sam Walsh now – he has one Best and Fairest award and it came in year three of his career. Southby was two-for-two! How would he be assessed entering the league right now?

The following season, Richmond met Carlton in the Grand Final, and Neil Balme took matters into his own hands, connecting with a hit to Southby behind the play that concussed him and broke his jaw. Add this to Laurie Fowler ironing out Jon Nicholls in the opening minutes, and the Blues were effectively two men down.

After halftime, Southby was unable to take the field. The Blues were toast.

Halfway through the second quarter, Balme came from behind and coat-hangered me. The first thing I remember is the doctor coming out. I somewhat got through the first half, I think, trying to recover and failing. Then the doctor said I should sit out the game. I felt shithouse for weeks after.

If you can’t beat them… beat them up? And then beat them.

As impressive as Southby was, some would argue that the appeal of Silvagni was his versatility. SOS had the ability to go forward and kick a bag of goals, but many forget that Southby was no slouch when he received the opportunity to play in front of goals as opposed to defending them. In 1976, Southby was moved forward for ten games and kicked 23 goals in that period. Sure, this is not to the same extent of Silvagni’s success – there are no ten-goal hauls, as Silvagni achieved in 1993 against Fitzroy – but the Blues of ‘76 had few others who knew where the goals were, as well. Southby was moved back to stop the bleeding once the Blues lost three in a row – a rarity for this collection of players. He would remain a defender for the rest of his career.

Southby would have just one All-Australian selection to his name in his fantastic career. Silvagni ended up with five. Amazingly, two of these came AFTER he was named to the AFL Team of the Century. Of course, the nature of the All-Australian team when Southby played was State of Origin carnival-based, so it is not a very fair comparison.

Southby was named to represent Victoria on 16 occasions in a period where it was a great honour to be selected.

So, all things being equal, who deserved to be named in the AFL Team of the Century at full-back?

I am sure that supporters of other teams would nominate their own. If we throw out the required position in the Hall of Fame to be part of the team, any of David Dench, Jack Regan, Kelvin Moore, Chris Langford – would be in the mix. But for the sake of this article, let’s keep it as though it would have come down to Southby and Silvagni.

The answer comes in how the Blues decided to honour the two when they announced their own Team of the Century. There were no silly criteria to meet as there were at the AFL Hall of Fame – just Carlton people deciding Carlton’s best.

And how did they decide it?

In the back pocket – Geoff Southby.

Hell of a back pocket, though, huh?

Thanks to Blueseum for the lists above.

Or, you could sign up as a Mongrel Member and get all our stuff.