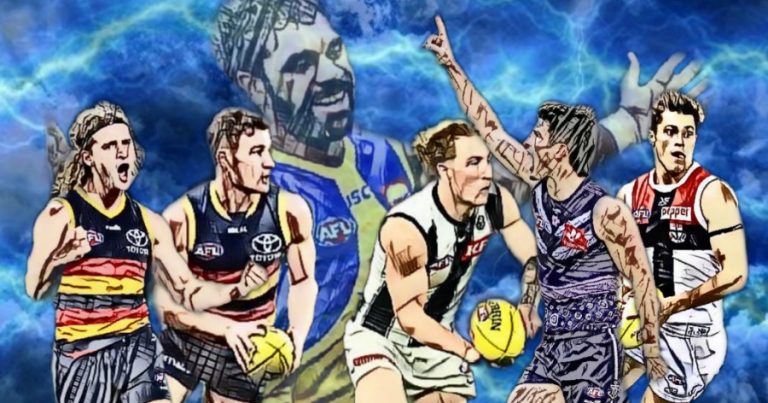 I’ve been sitting on this one for a while now. I have had the data there, but compiling it and making heads or tails of it seemed like a bit of a task…

And with the wind howling outside and Mrs Mongrel doing something downstairs that I am deliberately ignoring in case she asks me for help, now felt like as good a time as I was ever going to get.

We get lulled in by tackling stats, at times. We see a big number next to a player’s name, or see a big number recorded by a team on any given week and we think that they must have had a great game, right?

Ten tackles to so-and-so… he must have really locked a few players up!

But how do we assess the great tacklers in the league, and is it something that paints a picture that ends up resembling more a Picasso than a Caravaggio?

Looking at totals is fine. Here are the top ten tacklers in the league in 2022 if we assess things solely on sheer numbers.

A nice collection of talent, huh? All hard workers that never fail to throw their bodies into a contest.

Yep, but are they successful tackles? Let’s see.

After Round Four of the 2022 season, I found myself quite frustrated at the way the game was being umpired. After promising to be harsher with the holding the ball free kicks, the AFL reverted back to the half-ass way they’d been paying free kicks for good tackles. In a nutshell, some were paid, but most weren’t. I started to wonder whether it was worth tackling at all, given that the league average was around 5% of tackles being rewarded with a holding-the-ball free kick.

Yep, you read that correctly. In Rounds 5-10, the league average was actually under five percent.

By that point, I’d been recording all holding-the-ball decisions paid in every game. It was a massive pain in the backside, and Mrs Mongrel was fuming that I had committed to such a task, but… I did it, and what I found gave me a fair bit of insight into not just which players tackle the most, but which players were able to tackle most effectively.

When I think of an effective tackle, I think of one where the defensive player drags down the opposition and wins a free kick. The others, where they just seem to hold them like a less-than-gentle lover… they’re not that damaging, are they? They’re more like members of the Professional Cuddling Club.

“Oh, but they create a stoppage!”

No… the umpire and the AFL create the stoppages with their poor interpretation of what constitutes an effort to get rid of the footy actually is. If all you’re doing is creating a 50-50, your tackling is not as good as the bloke who wins the footy with his efforts. One is somewhat effective. The other is completely effective.

So, with that in mind, who were the BEST tacklers in 2022 and the most efficient?

Uh oh… the rest of this one is behind the Mongrel Paywall. Don’t you hate that? This is where I try to provide value to our Mongrel Members. They will receive access to five or so exclusive columns per week during the off-season detailing trades, free agency, player profiles, drafts, statistical analysis, classic games and rivalries, and then into the pre-season previews. Wanna join them and support the best damn independent footy site you’ll find?