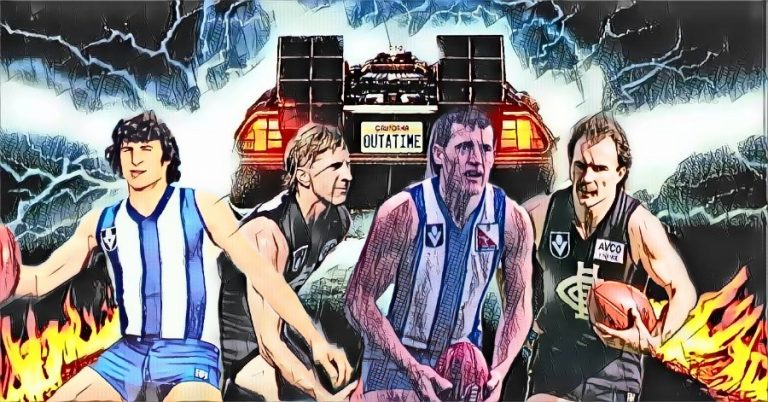 Now and again, I find time to delve into the vast recesses of The Mongrel Vault… also commonly known as YouTube, to find a little more about the history of the game. It is always interesting to see how the league, and the game operated before rule tweaks every year, before umpires wore microphones, and when switching play across the ground was a cardinal sin.

I’ll tell you something – watching this game, I did not miss the umpires wearing microphones at all. No “stand” being yelled every few seconds, no warnings to players, no unnecessary coaching or warnings, and no “don’t get a fine” screamed whenever two players engaged in a bit of rough stuff.

Anyway, more on that later.

This time around, I picked a game at random, having only a vague understanding of the result. I knew that neither went on to win the flag, that both teams had several 300+ game players on the field, and that there were some young stars coming through that would be great to have a look at as they found their way in the league.

And so, I settled back to watch the Carlton v North Melbourne Elimination Final with pen and paper at hand to record some of the stats that just were not recorded at the time. It was eye-opening.

Anyway, here is the Mongrel Time Machine review of a ripping game of footy.