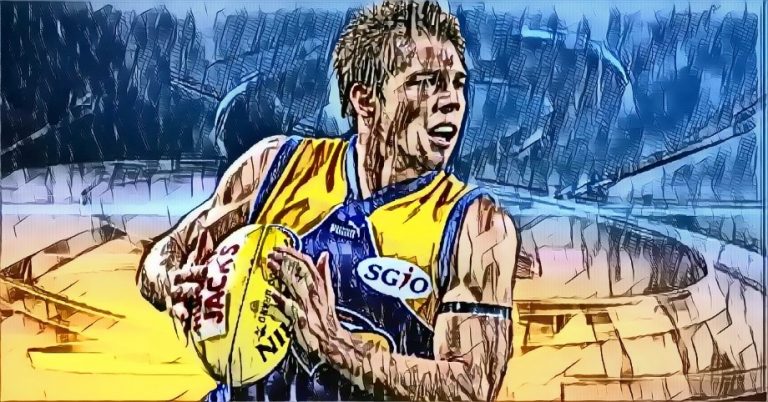 I remember watching a particularly enthralling movie when I was a kid – an Arthurian tale that looked in depth at the legend of the boy king and all the events surrounding it. You know, the sword in the stone, the Knights of the Round Table, Lancelot, Guinevere, Mordred, Galahad, and so on…

No, it wasn’t Monty Python and the Holy Grail, though that was a belter, as well. Excalibur was the name of this one, and one of the more memorable scenes in it had a vision of Merlin the Magician appearing before his enemy, Morgana.

“Are you a dream?” asked the witch.

“To some…” replied the wizard. “A nightmare to others!”

That line has stuck with me all these years as I have watched personalities both in my life and in the public eye that interest me oscillate between being the dream and nightmare scenarios from one meeting to the next.

A golden-haired boy with the world at his feet, he was not the first to trip over it and nosedive straight into the turf, nor will he be the last. He was the highest-profile case of a player succumbing to the dark side of football, and being unable to tear himself away from it.

But before the darkness, there was light. And the light surrounding Ben Cousins, the footballer, was almost unbearably bright.

A Brownlow Medal, six All-Australian selections, an AFL MVP Award, four Best and Fairest Awards and a Premiership Player in 2006, he was the face of the Eagles and the poster boy for the majority of Western Australia.

His tenure at West Coast, for the most part, was filled with highlight after highlight, and win after win.

He was the best player at the club at a time the team had their foot firmly planted to the floor. They were speeding toward success, and they would achieve it by winning the ultimate prize in 2006 – the AFL premiership. However, the off-field actions of players, led by Cousins, and involving several more, were beginning to cause the West Coast sports car to start swerving all over the road. Eventually, it would drift off the road, headed straight into an embankment.

A year following his moment of triumph, standing on the dais with the man who replaced him as club captain, Chris Judd, pumping his arm jubilantly as he held aloft the premiership cup, Cousins was gone from the Eagles after a series of indiscretions. These included a stint in rehab to deal with a growing substance abuse issue, a subsequent dip in the Swan River to escape the law after fleeing a booze bus, fights with teammates, rumours of keeping the company of ill-repute, and strategic non-attendance on days when drug testers attended the club. Ben Cousins was a timebomb, and the countdown was in single figures as we headed toward October, 2007.

It broke the hearts of countless Eagles fans to watch their hero, their idol, and their former captain caught in a downward spiral from which he was unable to escape.

Following a series of events that shook the Western Australia football community, the time bomb exploded, and the Eagles cut loose their favourite son, terminating his contract on October 17th, 2007. A month later, he was banned by the AFL, itself, for bringing the game into disrepute.

I could belabour the point of how Cousins fell from grace – Wikipedia has a full list of his indiscretions and the ramifications of his actions for anyone who would like to delve into the nitty-gritty of his numerous missteps, however, I would rather focus on the things that mattered to those around him.

There was a father trying desperately to pull his son out of the depths of drug use.

“I knew we were dealing with a potentially life and death situation. I thought, if I get this wrong, we could lose him.” – Bryan Cousins

There was a partner trying to live with the spectre of a drug-addicted father to her children in their lives.

“The children and I had to go and stay in a refuge to be away from him, so he couldn’t find us. That’s how bad things got.” – Maylea Tinecheff (former partner)

There were children, growing up with an unpredictable and unreliable father, at times desperate to see them, only to make it impossible via his behaviour and decisions.

“He was abusive to the children. The children were very frightened and didn’t want to see their father.” – Maylea Tinecheff

The life of Ben Cousins following his AFL career speaks of a man who had it all and blew it all. Second, third and fourth chances were granted, only for him to fall afoul of the modern-day scourge that is drugs.

Early on, he was living the dream. He was, as Merlin so aptly put it, a dream to some who saw him play football at the highest level. No one could match his desire, his thirst for the contest, or his ability to run through the pain barrier. I can remember seeing him run until he could not go anymore more. He would stop, vomit, and you couldn’t blame an opponent for thinking “I’ve got this bloke, now!”

Only they didn’t have him.

Cousins would find more, pick himself up and gut-run again. He would just work the opposition into the ground each and every week.

No one worked harder on the field. No one ran to the levels that Cousins did, pushing his body to the absolute limit.

Sadly, he did the same away from the footy field.

And that’s where the dreams turned to nightmares.

The continuing spiral that engulfed the life of Ben Cousins was all-encompassing. Jail time for stalking, making threats and possessing drugs came on the back of the release of his documentary, Such is Life, in 2010. As part of the release, Cousins spoke openly about his addiction and is shown taking illicit drugs. If you were unsure as to what ruled his world, this documentary leaves no doubt. Its release was timely – just weeks after his retirement from the game after a two-year stint with Richmond.

Over the journey, he was caught trying to smuggle drugs aboard a plane by hiding them in his anus, he tried to get his Brownlow Medal from his father in order to sell it for drugs. He was a mess.

And through it all, a partner and two children were dragged on a rollercoaster ride they did not deserve.

Cousins was jailed in March 2017 for a number of offences, ranging from drugs to violence and stalking. He was denied parole after six months and emerged in early 2018 under the conditions that he work for the West Coast Eagles in a community and game development role.

That lasted until April, when he quit West Coast.

Four months later, he was in the clink again after making threats, breaking a restraining order and drug possession.

Released in April 2019, back in court in late 2020, following more allegations of breaching a restraining order and stalking, with his former partner claiming his drug use was once again “out of control.”

Cousins has recently resurfaced, playing local football for the first time since retiring from the AFL. He looks healthy, but as much as we may wish that this time is the time he has got it all together, there is always a lingering doubt over Cousins and how he presents. He was able to remain one of the best players of his generation despite leading a lifestyle that would have killed a lesser physical specimen. He is a chameleon – he knows how to look a certain way, but you just don’t know when his true colours may surface.

He was at once the darling of the legions of West Coast fans that cheered his undeniable wizardry on the field. They saw him as the dream when he played, and some saw him as the nightmare he was away from the club.

The tale of Ben Cousins should be the case used to illustrate what can happen when an addictive personality is permitted to commence on a path of destruction, go unchecked for a period, and lose control of his life.

He is a champion of the game – a man whose talent and charisma saw him as one of the most influential figures in West Coast’s history. His value to the Eagles in the early to mid-2000s simply cannot be overstated. Some called him the spiritual leader of the club, others called him the heart and soul of that football club, whilst to others, he was a disaster waiting to happen, living a life that was bound to crash down around him at some point.

In hindsight, he is lucky to be living at all.

Cousins’ battles with drugs and all that comes with them may have been used to scare plenty of people straight. If there is one positive to come out of this, that may be it.

He was a man who had it all – he looked like a damn male model and played football with a hunger and passion that put a lot of his peers to shame. He was the player that defined the West Coast Eagles through one of their most successful periods, and the player who almost brought the club to its knees.

What does Ben Cousins represent to you?

Is he the dream of on-field excellence that so few can truly achieve? Or is he the nightmare that haunts you when you think about that period in the club’s history?

Perhaps Cousins is more like a lucid dream – seeming all-too-real in so many ways, but almost a mythic figure in others.

He was the football equivalent of a rock star. He was the life of the party. He was the soul of a West Coast team that reached the highest pinnacle of the game. And he was the villain that could not exhibit enough self-control to capitalise on the vast wells of talent at his disposal.

The legacy of Ben Cousins will never be clear-cut. Like others in this series, some supporters want to disown him for things he did, yet they cannot help but love him for the great things he provided them.

He is an AFL conundrum. Villain, hero, and cautionary tale rolled into one.

With the article done, and having worked with numerous drug-affected people over the course of my life, my hope is that Cousins can remain clean and mend fences with his children at the very least. They are the ones who have suffered most throughout the entire saga and my thoughts are with both of them, his former partner, and his family. Drug addiction is hell. Absolute hell, not just for the addicted but for those close to them as well.

Take care of each other, people – HB