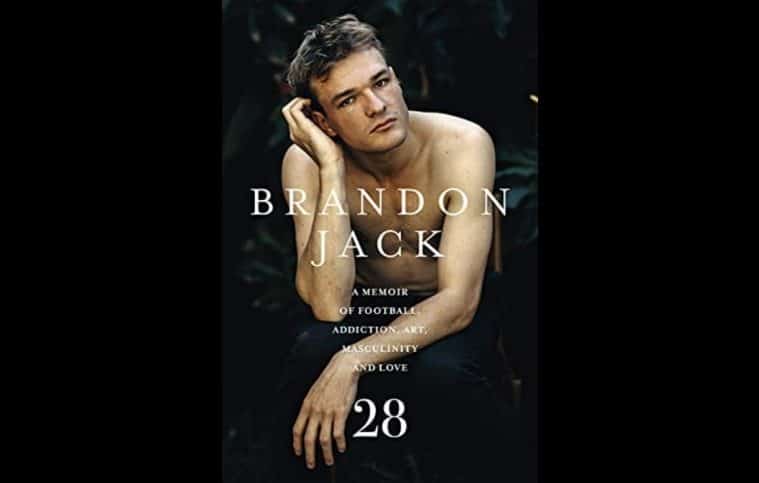 It is difficult to weigh up what you get out of reading Brandon Jack’s autobiography, “28” against what you would expect before picking the book up.

Titled “28” after the number of games played for the Sydney Swans between 2013 to 2017, Jack gets the most mileage possible out of his short career into 298 pages of autobiography as he attempted to get out of his maniacal approach to pre-season training.

As a discussion with older brother and former Swans co-captain, Kieran Jack is retold within the later chapters, the concept of the book is based on the idea that the stories of those who didn’t quite make it are far more compelling and complex than those who ride off into the sunset fulfilled by their journey. In this sense, Jack is unflinchingly honest in laying bare both the self-criticisms that plagued his time at the club, but those of his coaches and teammates around him, often through the lens of Leading Teams and their player honesty sessions.

The feedback provided from his teammates are blunt and honest, but of little surprise to anyone familiar with the Leading Teams concept. “Hasn’t taken his opportunities when they’re available”, “needs to open himself up more to the boys”, “be more available”, but it’s the openness in which he admits to his resentment of his teammates that raises eyebrows throughout the book. It’s rare that you see players willing to admit, as Brandon does with regards to the development of Isaac Heeney and its impact on his own job security, or the competition he sees with fellow first year player, Jake Lloyd for attention from the coaching staff, without the protective lens of self-deprecation or pretend-joke.

The references to the off-field exploits of himself and his teammates are candid – numerous off-field benders, often resulting in cocaine binges and late-night trips to brothels in inner Sydney, but often limited in their revelations. While players no longer in the AFL system are often identified as willing accomplices in Jack’s off-field behavior, there’s rare to few mentions or incrimination of any of his higher profile teammates or those still in the system. Poor Dean Towers. If nothing else, it provides an excellent contextualization of the much-vaunted Bloods culture. Whilst the “No Dickheads” policy is often touted as the key to their continued success for much of the century, it’s clear from Jacks’ stories that feature the majority of the playing list, that this is an over-simplified take, bordering on myth. At best, you can conclude that the Swans have done superbly to identify on-field leaders and appropriate player welfare managers to manage the off-field behaviour to ensure it doesn’t impact their on-field results. At worst, you can say that they’ve turned a blind eye to the off-field antics as much as the ’06 West Coast Eagles, and were just fortunate to have an apathetic media not interested in covering their every step.

It can be difficult at times to read the intent of Jack’s recollection of the more sordid side of life as an AFL player. Are we meant to read these as the regret of an older, wiser man embarrassed by his actions, or the necessary colour added to a book that would not otherwise attract attention to impress a younger demographic? Meaningless sex garnered off Instagram and drugs are quickly and naturally joined by Jack’s venture into the world of professional music. As much as I feel like I’d be throwing stones through every glass house in my 10km radius, it would be remiss of me not to point out that there is a significant vibe of poor little rich kid listens to London Calling for the first time and decides he’s a tortured artist throughout. It can also be difficult to understand that context, given that Jack is quite vague in his referrals to the broken relationships with his family – in particular, father and rugby league legend, Garry Jack, and his other brother, Kieran.

Whilst it should be applauded that Jack doesn’t go down this path in order to sell books, it instead presents a difficult narrative to follow and understand where Jack, our protagonist, ends up at the end of the book. In a loving relationship, content with his relationship with the game of Australian Rules Football, and a budding artist in his own right, but leaves it unclear what he’s learned from his journey, and whether he’s truly happy with where he is.

Despite the criticisms, I’d wholeheartedly recommend the read, I finished in it a day – at times it feels like a Warwick Todd tour diary but with far more focus on the bender, and I enjoy that the context of this is that it is the regular day to day life of the AFL player, rather than that when these issues come to light in the mainstream media, it is often shown as the player who couldn’t cope with the system resorting to these vices, but in actual fact, this is part and parcel of the system, and perhaps that it is the majority of the players within it doing what they need to get by.

Brandon Jack’s “28” can be purchased at Booktopia – https://www.booktopia.com.au/28-brandon-jack/book/9781760876777.html?source=pla&gclid=EAIaIQobChMI853NkveE8wIVfphmAh1cVwluEAQYASABEgJys_D_BwE