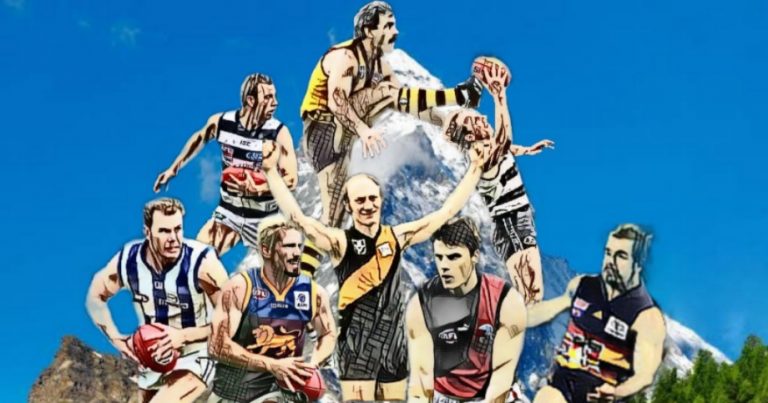 The AFL is currently in the midst of a golden age of mids that can go forward and hit the scoreboard.

That’s what they tell us, right? Bont, Danger, Dusty, Stringer, Fyfe… they can all go from the middle to the forward fifty and take over a game, but how often have they put it all together to create the perfect game?

Ah yes… the perfect game – it is only in the eye of the beholder that you can truly claim someone has played the perfect game of footy. This is not bowling, where 12 strikes gets you a score of 300, or gymnastics, where your floor routine gets scores of ten across the board. It’s not even like basketball, where you can have a game where you don’t miss a shot and don’t have a turnover (check out the maligned Christian Laettner’s game in the 1992 NCAA tournament where he went 10-10 from the field, 10-10 from the line and hit the game-winner – pretty much a perfect game of basketball and if he wasn’t such a hated player, people would talk about it a hell of a lot more).

No, footy is a game that is largely assessed on impact at points in games, and overall numbers to back it up.

So, considering that, how would you assess the perfect game for a mid/forward? What would those numbers look like, and how would they impact the game?

After perusing stats like some sort of overly-committed Champion Data employee, I came to the conclusion that 30 touches and five goals in a single game would be a feat that few have accomplished. It would translate to a player having a dominant impact both through the guts and inside 50, yet as I continued to peruse the numbers, it became more apparent that it was just as good at isolating iconic games from pure forwards as it was combination mid/forwards.

While we celebrate the modern hybrid mid/forwards and their ability to play dual roles, the number of players in recent history to hit this mark have been few and far between.

Jeremy Cameron torched the Tigers in 2019 for 30 touches and seven goals as he used his superior tank to get on his bike and kill his opponents as he doubled back to goal.

The next best is Robbie Gray, who hit the marks in 2017, with 30 disposals and six goals.

Prior to that, it was Patrick Dangerfield in 2014, gathering 33 touches and slotting five goals for the Crows against GWS. Hell, he even spent some time launching at the footy as the third man up in ruck contests, notching four hitouts.

Then we have to go back to 2011 and the peak of Steve Johnson to see another player top this mark.

What, no Dusty? Nope, he hasn’t had this combination. No Fyfe? I hate to break it to you, but he has never kicked five goals in a game. Bont? Same as Fyfe. Petracca? Nup, four goals is his best as well.

So, whilst we have these excellent hybrid players in the game at the moment, we have to dive into the history books to uncover those who elevated their games to scale this mountain.