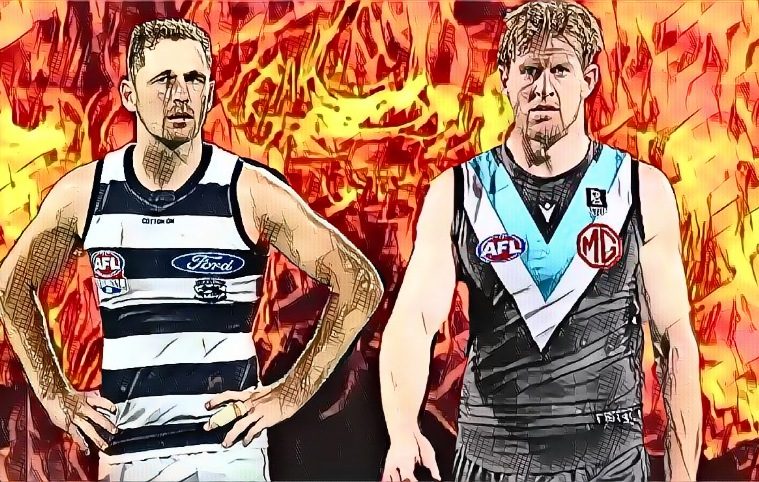 Where To From Here? The Prelim Vanquished

Where do you go from here?

After capitulating in the manner they did in the Preliminary Finals, both Port Adelaide and Geelong have some soul searching to do, and the search may turn up some truths that will be difficult to deal with.

Port fell over in humiliating fashion, jumped by a rampant Bulldogs team that shut them down in every aspect of the game right from the first bounce. Meanwhile, Geelong were able to hang around for a while until a powerful Melbourne unit put them to the sword in the third quarter and moved on to the big one.

Which win was more impressive? Which loss was more devastating? Those are the questions on the lips of many as they sit back and ponder what could have been for these two clubs that promised so much and delivered so little when the big boys came to play.

With that in mind, it is pertinent to shift our focus away from the winners for just a little while and take a gander at what these two results mean for the Cats and Power going forward. Was this the last hurrah, or simply another speed hump on the road to ultimate glory?