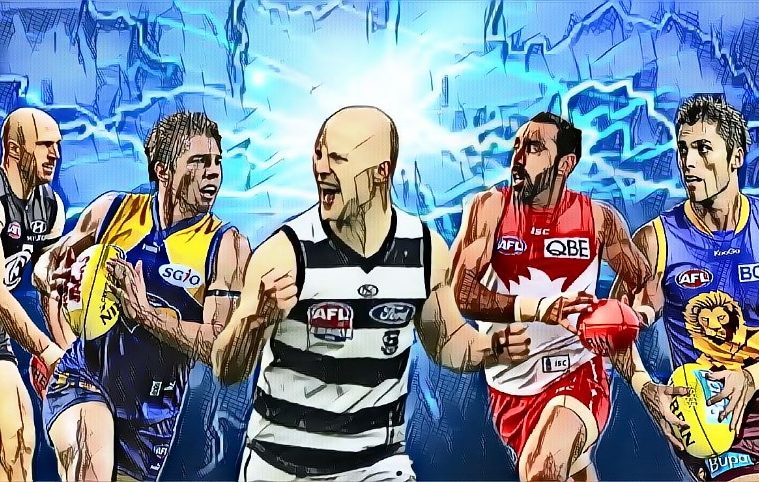 After the exhaustive, and exhausting process of compiling the best of the 1990s at each position, I gave myself a week or so to get my bearings again.

Believe me, that took some effort. But to do just one decade is a bit of a cop-out isn’t it? And if there’s one thing I don’t do, it’s cop-out of things.

That is, unless of course we’re talking about housework, parental responsibilities, genuine duties at work, or anything that pertains to my health. In those cases, I cop out of most things.

So, today I started to crunch numbers, look at achievements and really drill down on the players who had the biggest impact on the 2000s, and I started with the midfielders.

The decade, spanning 2000-09 was a golden era for midfielders. It was the period where the Brownlow Medal became an exclusive midfield award, and it the league boasted names like Buckley, Judd, Hird, Ricciuto, McLeod, Voss and Cousins.

If the 90s were a great burger with a heap of tasty toppings, the 2000s were a four-course meal, with a huge steak as the main, and some sort of cake for dessert. Just when you think it’s great, and you’ve had your fill, another course rolls out and your appetite returns.

This decade saw blockbuster trades, stars rise and fall, and greats of the game make way for young stars establishing themselves.

And here are the Top 20 midfielders of that period.