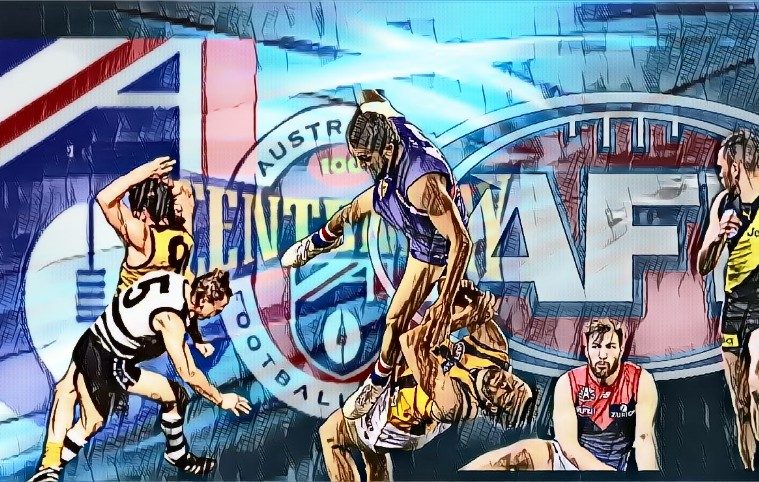 The Missing Element Of Our Great Game

From concerns about the state of the game, to whether we’ve got a game at all – it’s amazing how quickly circumstances changed in such a short amount of time. Though a greater tragedy is indeed unfolding, and its influence is affecting the league in unimaginable ways, it’s important that we don’t forget that the game itself was in poor health prior to any threat of a virus.

And as such, it is important that we don’t settle for just getting it back – we should demand that it be made great again.

So, what of the state of the game? We should all agree that reducing congestion and increasing scoring is desirable. But is the implementation of untried rules based on subjective reasoning the way to go about it? For mine, it’s a scenario that resembles the treatment of a cancer patient with a trial drug.

Unlike the cancer patient, the game has not been diagnosed. We’ve identified symptoms – congestion and low scoring – but a cause has not been acknowledged.

Following the 2006 season, then General Manager of AFL Operations, Adrian Anderson, stated that, based on game research ‘the 2006 season, as against recent years, demonstrated more continuous play, less congestion, less time lost in stoppages and a halt to the long-term downward trend in contested marks’. Since then, on a per team per game basis, tackles and contested possessions – measures of congestion, have increased significantly. In consequence, scoring has decreased significantly.

But why from this time?

The increase in congestion from 2006 is a by-product of the overhaul of the games judicial system in 2005 and the introduction of a ‘Table of Offences’. The ensuing assessment of impact as severe, high, medium or low, is the instigator of the decrease in contact in the game from this time. Prior to 2005, the idea of contact, by a legally executed bump or tackle, was to apply it with enough impact to ensure the recipient was incapable of continuing the game. This deterred players from unnecessarily crowding around the ball, as if a player was within five metres of it, they were considered part of the contest, thus open to receiving a legally executed bump. Equally, it encouraged players to find possession of the ball in space, so as to not receive a legally executed tackle.

Hard questions get asked of players when there’s an unrelenting possibility of game-ending contact – and it’s these hard questions we as footy fans most love to watch get answered. It’s said that the hero is the one that inspires us to think again about our own moral compass, that is, the internal set of values that guide us regarding behaviour and decision-making.

If so, do we as fans think we could endure three quarters of game-ending contact, then break a game open in the fourth like Robert Harvey? Think again. Do we as fans think we would keep our eyes on the ball only and go back with the flight of it into the path of a player on the charge like Glenn Archer? Think again. And what decision would we as fans make whilst gathering a loose ball with an oncoming opponent setting up to put a shoulder through us? There’s no way we don’t deviate off the line and put our head over the ball like Michael Voss, which is why such examples are compelling viewing.

Though the retirement years of Harvey (2008), Voss (2006) and Archer (2007) were not influenced by the judicial system overhaul, the lack of replacement heroes since their time most certainly is. Sure, the unique ways Dustin Martin (fend-off and spread) and Scott Pendlebury (time and space invention) thrive in congestion is entertaining, but innate skills are not heroic. Talents don’t inspire us to think again about our own moral compass because we readily accept that talents aren’t a choice. Courage, on the other hand, is a choice – a hard question if you will. And one that we can all relate to, in that it is a choice and willingness to confront uncertainty, pain and hardship.

To me, this somewhat explains the success of Jonathan Brown on breakfast radio in Melbourne. As the listener rides in a car through slow-moving traffic, towards another miserable day of work, whilst dreaming of the countless other things they would rather be doing, courage is needed to carry on. Enter the assuring voice of a man who went every time as an inspiration to rethink the excuses you are making that he never did. Though he was partly responsible for taking three premierships from his audience, upon walking into any public bar in Victoria, the hardiest of patron would likely be reduced to whisper in turning to his nearest mate and asking – ‘is that Jonathan Brown?’

Conversely, the majority of last season’s All-Australian team could deliver you Uber Eats and go unrecognised. Though this sounds like free content for The Front Bar, observant watchers of that show will have noticed that guests generally all played prior to 2005, which makes me wonder if The Front Bar’s recognition of the lack of modern-day heroes is intentional or subconscious.

In examining comments on the state of the game from the industry talking heads, it’s like they too, are subconsciously in agreement with this thesis but just can’t join the dots. When Mark Robinson complains that ‘coaches have hijacked the game with strategies over the last 20 years’, he’s right, but only because the current rules allow coaches to crowd the ball without the risk of losing a player. When Gerard Whateley says ‘When I hear people say leave the game alone, I say what are you protecting? The game wasn’t like this.’ he’s right. The game wasn’t like this – it’s not meant to be played without meaningful contact. And the untried rules he champions only take us further away from how the game is actually meant to be played.

Of great concern is that we might be too far away.

Consider the recent booing of Gary Ablett on the pretence he is a ‘dirty’ player. Fans that participate in booing him can only do so in acceptance of an AFL without meaningful contact. Ablett isn’t a dirty player – he’s just the only player left from a time when there was no ‘duty of care’ to your opponent, which he has forgotten on occasion.

Though Ablett is the last of that generation, a somewhat promising sentiment from the current generation is that they recognise they ‘have an obligation to their teammates to tackle hard’. Though quite a way from where I believe we need to be, the recent halving of salaries should make it clear to current players and administrators that they are paid to entertain. If greater entertainment is found in increased contact, those paying should be demanding it.

So, Tim Worner, if you’ve read this far and genuinely want less congestion, more goals and would rather viewers found their Friday night heroes on the Seven network than Netflix, Stan or Disney+, please ensure any re-negotiated AFL broadcast deal includes some advice on meaningful contact.

It’s what made our sport great to begin with.