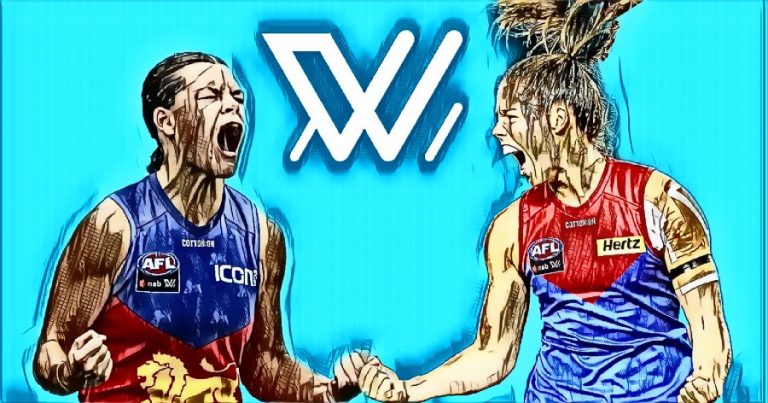 We have reached the pinnacle of women’s football this year and it’s all going to come to a head this weekend at Springfield – no not the Simpsons’ one.

Brisbane and Melbourne have arguably been the two best sides all season long and especially in the past month, there has been very little separating the two sides. They did meet in round four and for three quarters, it was a hotly contested game, only to see Brisbane pull away in the last quarter and record a strong win away from home.

Things are going to be different, and this Melbourne side has grown largely since the last time they met, which (hopefully) makes this a nice tight game from beginning to the very end. Could we see a Grand Final for the ages?

Let’s try and break down who might have the upper hand in this weekend’s encounter.

For my money anyway, this is where the game will be won and lost. The midfield is all about who wins the clearances, who can win the ball from the source and who can gather the metres more. When you look at the two midfields, both run a different kind of setup around the centre bounces.

When you look at what Brisbane set up in the centre bounce for example, nearly every time, you will find Emily Bates, Cathy Svarc and the newly crowned league best and fairest Ally Anderson line up. Respectively between the trio, they average 81, 75 and 81 respectively. Belle Dawes has come in a bit more this year as a midfielder and Courtney Hodder has seen time in the midfield this year as well, but it’s a more settled midfield group.

Looking at Melbourne, whilst the primary midfielders are Olivia Purcell (77 percent), Eliza West (69) and Tyla Hanks (68) – their average percentage of attendance in the centre bounce aren’t as high as their opposition. That’s because we’ve seen other players rotate through this year. Lily Mithen has been the fourth midfielder of the group, but Kate Hore, Shelley Heath and Karen Paxman have also seen minutes in recent weeks.

Looking at clearance numbers, Purcell, West, Hanks, Mithen and Paxman have collectively averaged 14.1 clearances per game this season. Meanwhile, Anderson, Bates, Svarc and Dawes average 15.8 per game and that’s with one less player in the midfield. But we do have to keep in mind that these players are the ones who are often around the stoppages.

On top of the respective midfield battles, the ruck battle will be intriguing. Tahlia Hickie has been one of the standout rucks this year and coming against Lauren Pearce, who is no slouch in her own right will be a battle to look out for.

I think back to the preliminary final that these two played earlier in the year at the MCG and Pearce’s strength proved too much for Hickie. Pearce is not necessarily the tap ruck as she was a few years ago, but instead now relies on strength to win the ball out of the ruck contest and clear the ball out either to an outlet or just throwing it on the boot.

What will work in Hickie’s favour is her mobility. She’s essentially becoming the extra midfielder at every stoppage and is steadily boosting her numbers all across the board. Currently, she is averaging career-highs in disposals, marks and inside 50s, and numbers thereabouts in clearances and tackles.

I would also like to take this time and address one of the more notable subplots heading into this game is the fitness of Tayla Harris, who battled on with a shoulder niggle during the Dees’ win over North on the weekend.

As of Friday, the Dees have given Harris all clear, but much can still play out between now and then. It’s still a big risk to clear her and it becomes obvious that she’s not at 100 percent. Think back to Sam Reid for Sydney in the men’s grand final – injured the previous week and although got up for the big one, looked pretty obvious that he wasn’t at 100 percent.

Nonetheless, there are multiple plans in place. Harris has been the clear back-up ruck to Lauren Pearce this year, but we’ve also seen Eden Zanker pinch hit at stages this year. Even if Harris at the bare minimum goes to contest the ball in the air in the forward half. It enables the likes of Kate Hore, Daisy Pearce and others to play a bit more dangerously in the forward line.

Taylor Smith has been playing as the second-up to Hickie this season and after an injury to her ankle on the weekend, forced Jesse Wardlaw to be present more at ruck contests than being in the forward line where she can thrive. There hasn’t been much word, other than the club will be confident that she will get up.

If you’re new here on the Mongrel Punt, then you’re about to find out just exactly how important Brisbane’s ability to tackle is.

It’s a staple to most winning sides – particularly in the AFLW – that you’ve got to tackle to submission. Fremantle made their identity of it during their finals campaigns in recent years and the Lions have been the masters of it. Particularly when the ball is hemmed inside their forward 50, they are littered with players who love to run, and are hungry for both the chase and the footy.

204 tackles inside 50 this season comes across to 17 per game, which are astronomical numbers, and it’s no surprise to see Courtney Hodder at the top of the list with 34 tackles inside 50, which is nearly three per game. The next best average is Zimmie Farquharson, who has two per game and she is currently sitting in the emergencies.

This brings me to the next player, and that’s Mikayla Pauga. She played in the round five loss to Richmond, and then was brought back into the side in round eight against Adelaide and has not lost her spot in the team. It’s because she’s a player that has got some good layers to her game; she’s proven that she can pressure up forward and her ability to link up as a high half forward has been evident in games as well.

There are eight players who average over a tackle inside 50 per game: Hodder, Farquharson, Pauga, Cathy Svarc, Dakota Davidson, Ruby Svarc, Emily Bates and Greta Bodey and most of them have been mainstays in the side this season.

How Melbourne Win The Game

You can refer back to Brisbane’s only loss for the season against Richmond and fight fire with fire by absorbing the tackling pressure back with some of their own. But Melbourne aren’t exactly a renowned tackling team. They average just 59.4 tackles per game, which is actually in the bottom four in the AFLW for tackling averages.

What Melbourne are, though, is a high disposal team that thrives off maintaining possession. 246 disposals per game this season has them first in the competition overall. They are also the top-ranked handball side, averaging 108 per game – the only side that averages over triple figures.

They will be absorbing the pressure from the opposition, but despite that, you can argue that a methodical side like Melbourne won’t deviate from what they’ve done all season. If they can rely on their ball movement and get goals from the likes of Zanker, Hore and Alyssa Bannan up forward, then the Grand Final is right there for the taking for Melbourne.

It starts with the mainstays like Lily Mithen and Karen Paxman. We’ve seen Paxman play not just stints in the middle, but be used more on the wing and at times has started up inside the forward 50 as a high half forward. Mithen is used more along the wings but with her incredible tank, could be seen as a terrific one-on-one with Sophie Conway, another player who loves to run.

Having been dubbed the vice-captain of the All-Australian side this season, the Brisbane captain enjoyed an awesome year. With Kate Lutkins working her way back into form after coming back from a knee reconstruction earlier in the year (that’s some bloody achievement by itself), Koenen has been the cornerstone of this elite defence.

Expect her to and running mate Shannon Campbell to rotate and double team one of either Tayla Harris or Eden Zanker if she’s going to be predominantly a forward. Keeping a player as fast and as endurable as Bannan under wraps is going to be key as well, but I could see Monahan getting that match up.

Nonetheless Koenen has been rock solid all season for the Lions this season – averaging career-highs in marks (4.1 per game) and intercept possessions (6.9 per game) and how she plays and marshals the troops on Sunday will go a big way in securing another flag for the Lions.

It’s been a season to remember for Liv Purcell. It was this time last year that she was on the way back from a knee reconstruction that she suffered in her last game for Geelong, before sensationally requesting a trade to Melbourne. She managed to feature for the Demons late in season six, playing every game, from round seven onto the Grand Final.

With a full pre-season under her belt following the Grand Final loss, Purcell has gone from strength to strength this season. When she was named All-Australian in 2020, she made her name as an inside midfielder, strong as an ox around the source. Whilst nothing has changed in this respect, she’s managed to find a great balance of winning it on the inside, and then being able to link up in general play.

Despite a quiet performance last week against North Melbourne, that saw her collect just the 10 disposals, she has averaged career-high numbers in disposals (23.2 per game), metres gained (284.8 per game), uncontested possessions (13.5 per game), inside 50s (3.5 per game) and score involvements (3.8 per game). She’s in for a cracking contest, could be going head-to-head directly with Cathy Svarc – a player that relishes the one-on-one football.

With most Grand Finals, this is a hard game to predict. I’d love to see Melbourne get up and see Daisy Pearce off with a bang, but my head just can’t go against Brisbane. For mine, they’ve been the best team all year and it’s come on the back of potent forward power, incredible tackling pressure and hunger around the contest.

I expect this game to be somewhat similar to their round four encounter, with which it’ll be close and tight and probably low-scoring considering that these two sides have been the best two defensive units this season – Brisbane have conceded 19 points per game during the home and away season, and Melbourne just over 18 points.

It comes down to who wins in the midfield and who can take advantage of their chances the most. We saw North Melbourne dominate the Demons in a quarter last week and fail to put any scoreboard pressure on. If that is allowed to happen this week, Brisbane will make them pay for it, and that’s why I’m going the Lions in this game.

This season has been a one of a breakout from Jesse Wardlaw. Having won the leading goal kicking award in accurate and emphatic fashion. It’ll be a tough ask against the Melbourne defence that have players like Libby Birch and Sarah Lampard in form. I expect Tahlia Gillard will get the match up on her to start and as good as she’s been this season as a key defender, I fear that Wardlaw’s experience on the big stage will be too much and kicks a game winning bag of four goals – putting the full stop on what’s been a rampaging year from the Brisbane key forward.