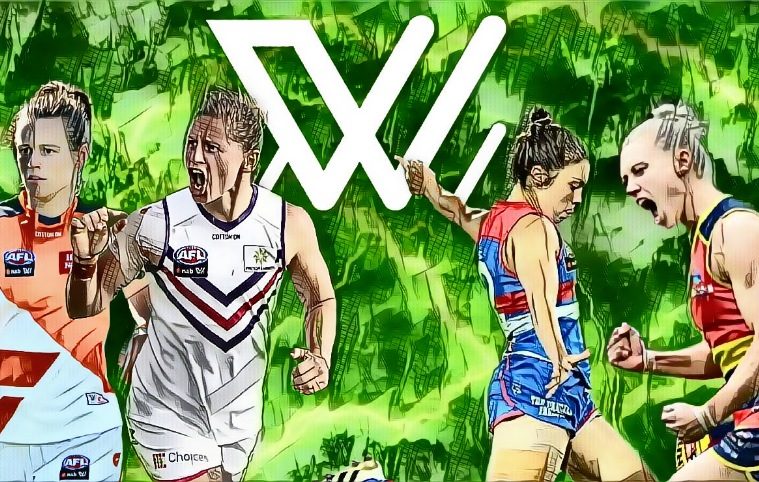 As we approach the mid-way point of the AFLW season, things begin to get more tricky in terms of who makes the grade in the Rolling All-Australian team.

With that said, this week saw many unfortunate names miss out on selection, but continue to bang down the door and press for claims to be in this team – most of them midfielders. However, I try to be staunch on not loading half the side up with midfielders. We have official teams for that.

The ones who are in the team this week are there because they’ve been consistent from the start, but one or two are starting to lose some shape and could lose their spot on this side when we come to the round five installment. By then, over half the season will have been played and we’ll get a fair indication on who’s closing in on a spot for the final side at the end of round nine.

But in the meantime, here’s who made the side this week in The Doc’s Rolling All-Australian Team.

Only three changes this week as I’ve felt that most of the players performed well enough to retain their spots. Unfortunately, the three that made way were a bit unlucky, but will get their chance to win their spot back this weekend.

I touched on Stacey Livingstone in my review of the Pies’ win over North on Saturday, so to the shock of very few, she retains her spot in the team this week. I do feel like she’s read this, because she positioned herself so well as the kick behind the footy and intercepted nearly everything that came her way. Everything else that went inside Collingwood’s defensive 50 would have ended up in the lap of Ruby Schleicher.

I’ve added a second ruck in this team for the first time this season. But this is a tall that can play a number of roles and given what she does for the Saints this year, I feel like she’s earned her place this week, but Rhi Watt has had a tremendous year, splitting time between ruck and the key defender and averaging solid numbers.

Whilst she sits outside the top 10 for hit outs, she does offer a lot more than just taps. She gets more of the ball than any other ruck option in the AFLW, averaging 14.5 disposals per game, as well as averaging 3.3 clearances – only Lauren Pearce averages more. She’s another handy ruck option that can also float in the defensive half when needed.

The last in is a forward and you may have heard of her – her name is Chloe Molloy. On the back of another strong performance against North Melbourne, Molloy hasn’t had a breakout game yet in 2021, but her form as a forward has been consistent enough to warrant a spot on the bench. Molloy sits just two goals behind the co-leaders Dakota Davidson and Erin Phillips (yes, both hold their spots) and averages 10 disposals and 3.5 marks per game.

Two players are out of the side due to illness, which is a shame, because both players have been playing some ripping footy over the past few weeks that being the pair of Brisbane’s Nat Grider and Melbourne’s Kate Hore, with the latter being a late out in Melbourne’s loss to the Bulldogs on Sunday.

Grider currently averages 17.6 disposals, 7.3 intercept possessions, two rebound 50s and 2.3 marks per game, whilst Hore averages 3.7 score involvements, over two inside 50s per game and has kicked 5.0 off the back of averaging 10.7 disposals.

But the biggest out is Harriet Cordner, who whilst she’s been playing well – arguably one of the best recruits of the year – her impact on contests have slowly been slipping a fair bit this year and whilst Livingstone, Janelle Cuthbertson and Kate Lutkins are still running around, how are you going to put four key defenders in three spots? Yeah, Watt can play there too, but she offers both ruck relief and defensive relief as well.

Nonetheless, Cordner has been a tremendous contributor to the Tigers so far this year and I expect it continue all the way through this season. She’s still top five in the competition for intercept possessions and is averaging a very solid 12 touches per game as a key defender.

As always, many midfielders are mounting their case to be in the team, but the problem is, as always: how do you fit them all in? Who do you take out? It’s been one of the things that are continuously giving me a headache this week. I’m talking specifically about the likes of Ebony Marinoff, Maddy Prespakis, Monique Conti all continue to fly and play amazing footy.

Prespakis kickstarted the Blues’ fightback in the second term and ended up being one of Carlton’s best players on Saturday – yet again. The one-week suspension that was handed down to her will make it very hard for her to be in this team next week. Is the suspension utter BS? Prespakis has had moments this season where she could be in strife with the MRO, so this doesn’t surprise me to say the least – I’d go on and on about this, but I’ll leave it for another day.

Marinoff was a standout for the Crows in their win against Brisbane on Sunday, registering 28 disposals, taking her average to 24 per game. She is also top five in the competition for clearances, averaging five per game and third for metres gained, averaging 385m per game. She could be in this team next week as there is one midfielder on the bench that is in danger of losing her place in the side.

Conti’s last few weeks have been very good. Round one against the Lions she was well held, but has since recorded disposal totals of 27 against Melbourne, 25 against Collingwood and 26 this past weekend against Carlton – taking her average disposal numbers up to 22.5 per game in 2021. Her ability to win the footy at the coalface is elite-tier, averaging 13.5 contested possessions so far this season, ranking her top three in the competition.

As far as forwards go, Caitlin Greiser has entered the discussion with her three-goal game against Geelong and whether or not she can maintain that sort of form will be interesting to watch over the coming weeks. She started well in round one and then sort of struggled to handle the extra attention that has been handed to her in games. But she looks her most comfortable when she’s running back inside 50.

As well as Kate Hore fighting for a spot as the small/mid-sized forwards, Aishling Sheridan’s season has been fun to watch and could find herself in this team if she keeps consistently putting goals on the board. So far she’s kicked 5.5 from her first four games this season and is averaging just under 10 disposals per game doing it.

Alongside Cordner as a defender, Geelong’s Meg McDonald is currently building some strong form, being top five in the competition for intercept possessions, averaging 7.8 per game as well as averaging three rebound 50s per game. Gold Coast’s Lauren Ahrens continues to push for a spot in the side, averaging 14.3 disposals, 4.3 marks, 7.5 intercept possessions and two rebound 50s per game.

As for the race in the ruck contingent goes, Lauren Bella has shot herself up to the top in terms of hit outs, leading the competition averaging 20.5 per game. Adelaide’s Rhiannon Metcalfe is still averaging strong numbers in disposals, clearances and hit outs, whilst Melbourne’s Lauren Pearce, Carlton’s Breann Moody and West Coast’s Parris Laurie are all in the mix as well.

Right now, there are two players who are in danger of losing their spots this week.

The first one hurts, because she’s started playing brilliantly, but Georgia Patrikios didn’t have her best game on Friday night against the Cats. She was far from the worst player on ground either, don’t get me wrong, but if Conti and Marinoff are continuously going to churn out 25-28 disposal games, then she will be an unfortunate one that will have to make way. She only managed the 17 touches against the Cats, receiving close attention over the past few weeks.

There’s a little bit of concern for Gemma Houghton as well, not hitting the scoreboard this week and managing the 10 disposals and three tackles. There are a number of key forwards pushing for a spot in this team now, and even Molloy could take her spot on the half-forward line by this time next week should Houghton have another scoreless game.

There’s also a very nervous wait for Greta Bodey, who was crunched by Chelsea Randall on the weekend, hopefully she plays and maintains her spot for next week, because she’s been widely applauded by the majority of us here in the Mongrel.