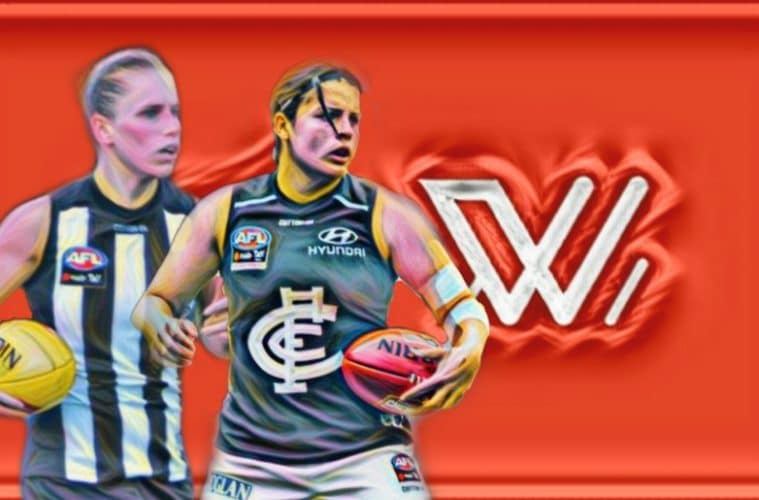 Well, there’s an old saying in footy – you can’t win the game in the first half, but you can sure as hell lose it.

I may have just completely mashed a couple of sayings together, but I am sure you get the drift. Collingwood played good footy in the first half and Carlton played like a team that had not had their hands on a footy on a legitimate competition in 300 days.

Coming in as underdogs, the Pies brought the heat early, and broke the Carlton wall in the second quarter, snagging four goals for the quarter whilst holding the Blues scoreless for an entire half. Yes, Carlton found their feet and matched the Pies in the desperation stakes after half time, but the horse had bolted and for the first time, the Pies knocked over the Blues in the first week of the AFLW season.

This article right now is for our members (including free members – you’ve just gotta sign up with a free account, suckers), but it will be available for everyone as part of our Round One Review, which will be released on Monday. Cheers.

As always, if you’d like to support us to grow and produce more of this great (?) content, you could become a paid up mongrel member by clicking the image below. I’d really appreciate it.