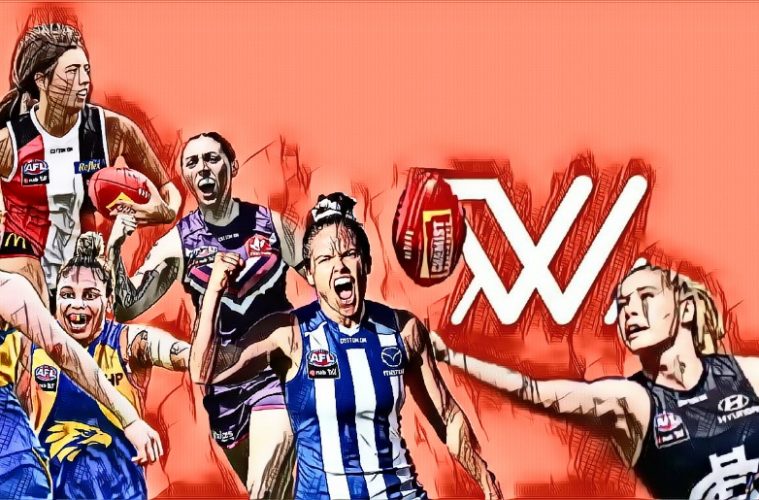 It’s less than a month until the fifth season of AFLW kicks off – doesn’t time fly when you’re sitting in your bedroom wishing for the football to be back on your screens?

The fixture for the 2021 AFLW season was released early December with the format of nine home and away games, three weeks of Finals football and NO CONFERENCES – someone check on Gillon and make sure he’s okay!

It must be said, we’ll get all that if we don’t get another repeat of Coronavirus outbreak, but seeing as we Australians have largely been good about not causing another outbreak, all should go according to plan.

Season previews are coming, but in the meantime, have a list of the ten clashes I am most looking forward to, and games that you should consider marking down on your calendar. Whether you’re an AFLW fanatic like myself, a casual fan of the game of Aussie Rules or maybe you’re just new to the game and not sure which games will stand out, this is the list you’d want to read.

Let’s start with the opening round, shall we?

Collingwood and Carlton is going to be great to start the year, and I’ll be just as excited to get down to Moorabbin and watch the Dogs and the Saints battle it out again, but one game that shouldn’t be overlooked is this one.

Why? Well, the Crows will be revved up after what was a pretty dismal 2020 campaign and by the sounds of it, their two injured co-captains of last year in Erin Phillips and Chelsea Randall will be raring to go, which is bad news for the rest of the competition if they stay healthy. Remember what happened last time Adelaide trekked to Casey? They gave the Dees an absolute bath.

It’s going to be an intriguing test for Melbourne, who have traded away various players for younger talent, but still have a decent list that is capable of toppling anyone on their day. They’ve still got Karen Paxman, they’ve still got Daisy and well they’ve got plenty of other players that shined all throughout 2020

It’s easy to scoff at the two worst teams of 2020 being on this list, but hear me out, here.

Both teams have undergone some serious changes over the off-season – both have brought in new coaches, which going by the record, have worked wonders in clubs in years past: See Fremantle, Collingwood and Carlton as prime examples. The two sides have also brought in plenty of players, both young and old, so it makes this battle of the cellar dwellers more interesting.

On paper, you think the Eagles at home look the better of the two sides. I also think they have the better list, but the Tigers brought in more of the experienced heads over the off-season. Oh, and there’s also Ellie McKenzie – that woman can run riot on the football field when she wants to and she’s not even 19 yet.

This game won’t exactly appease the common Victorian, but for the footyheads, this is a match that is must-see, made all the more exciting that it is taking place in the final round of the season.

At this stage, we’ll find out where the Crows well and truly sit amongst the best teams in the competition. And as for the Giants, well they surprised a lot of outsiders over the past year, finished second in conference A and should’ve beaten Melbourne in their final, having been ahead for all but the last minute of the game.

I expect the Giants to be competing for a spot in the Finals again this year, and by this stage of the competition, they will most likely be in the bracket of fighting for the last one or two spots in the top six. It’s going to be a tough game for the Giants, playing away from home, but the Giants have developed themselves into being a tough team over the past 12 months.

Who’s ready for an encore performance?

If you remember the encounter these two teams had in 2020, then you’d remember the Saints causing one of the upsets of the year by defeating a Melbourne side that was atrocious in front of the big sticks, kicking *checks notes* 1.8 – You know what they say about bad kicking right?

In the same game, a young woman by the name of Caitlin Greiser came in and saved the Saints, also establishing herself as a future star in the process – she went on to win the league’s goalkicking award. However, this time around it’ll be in Melbourne’s home ground as opposed to last time at the Saints’ home ground in Moorabbin – Will lightning strike twice? Or will the Demons get payback?

This year, the AFLW are doing pride round for the first time, as opposed to scheduling the yearly pride game between the Bulldogs and Carlton. What better way to kick it off than doing it with these two sides?

Since the first pride game, in which the Dogs delivered an absolute football clinic, these two sides have put on some decent games of footy over the past couple of years. Last year wasn’t exactly a nail-biter, but the younger and less-experienced Bulldog outfit showed plenty of bite and promise and at stages threatened to take the game away from the Carlton, before the Blues’class shined through.

It might not be a thriller this year either – Carlton are in that ‘Win Now’ phase of the premiership clock and the Bulldogs are still rebuilding, but expect both teams to put everything on the line once again.

These two teams were scheduled to meet up last year and never got the chance to, which is a shame because I reckon they would’ve put on a stellar contest.

Everyone saw how close Collingwood came to toppling one of the giants of the competition in North Melbourne in their final last year. Expect the Pies to contend up with the best of them in 2021 and possibly reach a further step or two towards reaching ultimate glory.

The Saints were the surprise packets of 2020, winning two games when some thought they’d have been lucky to win one. Two wins don’t say much, but the effort, the fight and the determination that Peta Searle’s gals have shown on a weekly basis since their first game is cause for plenty of optimism at RSEA Park. This game will be a real test to see if the Saints are worthy of a spot in the top six.

The first derby showed a ton of fire. Unfortunately, only one side made it count the most and that was on the scoreboard.

Aside from that, the Eagles were absolutely bullied by the Fremantle Football Club that night as Kiara Bowers the tackle magnet crunched her way to 18 tackles to win the first best on ground medal in the women’s derby. It was actually a really physical game and if that’s any indication of WA derby’s to come, then we’ll all be spoilt souls.

The Eagles might not find a way to stop her that doesn’t involve illegal tactics, but what they will do by round four is be a much better unit than any side they fielded in 2020. A few of their key issues over the off-season have properly been addressed – no genuine key forward target, midfield depth – all that remains to be seen is how new coach Daniel Pratt puts it together.

Speaking of spoilt souls, if the first QClash was any indication of what lies ahead anytime these two teams get together, then this might just be what football heaven looks like.

The first QClash had almost everything you wanted in a game of women’s football. It had Brisbane starting like a house on fire, and then the momentum swung in favour of the Suns and eventually got the game on their terms. This was also the game that saw Kalinda Howarth emerge as one of the future stars of the competition – funny that she spent a season on Brisbane’s list without actually playing a game.

Nonetheless, QClash1 set the scene on what should be another epic instalment between the two sides in 2021, both sides hold strong and exciting lists and both exceeded expectations beyond belief last season.

We should’ve got this game as a preliminary final last year if it hadn’t been for Covid-19, but I’m so happy that they’re going to schedule it in for the new season.

The Blues elevated themselves into one of a few favourites for the flag this year by bringing in Elise O’Dea to bolster a midfield group that already consists of Maddy Prespakis, who in two years has managed to grab this league by the scruff of the neck, as well as solid midfielders such as Katie Loynes, Grace Egan and Lucy McEvoy.

Well, they’ll get no better chance to test themselves than against North Melbourne, who finished atop of Conference-A last year, with stars on every line and a Jasmine Garner who looks like she could destroy anyone that dared to cross in her path. This will be an exciting game littered with stars.

Arguably the two best teams of 2020, is there any game more exciting than this?

Fremantle went through the shortened 2020 season unbeaten, but the one knock people will say about their season is that they didn’t beat sides such as Carlton or Melbourne or North Melbourne. They did beat Collingwood or Brisbane, and with no disrespect to those two, they weren’t the world-beaters.

However, the way Fremantle work the contest, run the field and finish off the plays, they were one of the better sides in 2019 and 2020 showed that not many teams could have matched their intensity. A side like North Melbourne who also have talent on every line and go just as hard at the contest will certainly make the Dockers work for their points in this one.

And for the first time in 2021, that’s a wrap – plenty of others to watch out for, so if you’ve got one that wasn’t included in this list, I’d love to hear it from you. It’s amazing to think that we’re less than a month away from football returning.