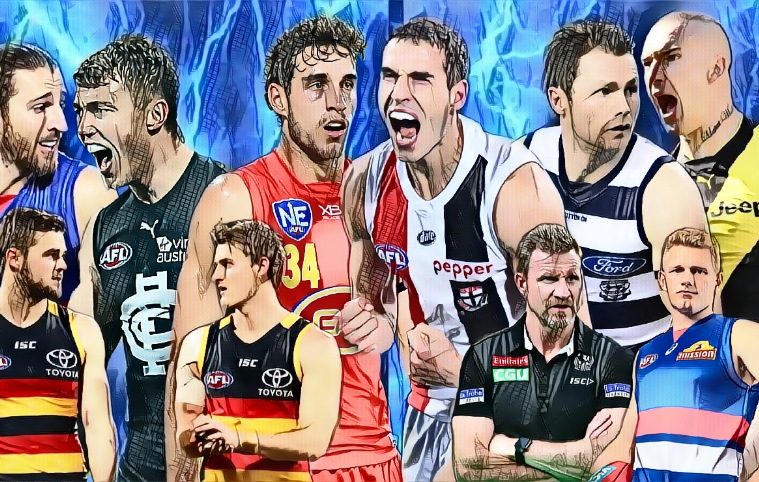 We all know and love the Anzac Day clash, the Western Derby, the Showdown, QClash and whatever they’re calling the battle between the two Sydney teams. There’s the Richmond v Carlton season opener, Dreamtime at the ‘G and the Hawks and Cats on Easter Monday – all marquee match-ups every year.

But here at The Mongrel, we like to look a little deeper, into the games themselves to find the match-ups that may mean something a little more to individual players. We like to examine the clashes players would have marked on their calendars.

Do people still use calendars? Maybe they’d have a reminder on their phones… as if they’d need one.

It no longer happens often, but when we get a classic head-to-head match-up, footy fans can revel in the clash.

Over the past few seasons we’ve seen some annual matchups slip into memory – the Franklin v Rance fixture is now just committed to highlights and bar chatter, whilst the nature of the 2020 season and injuries conspired to rob us of clashes I was genuinely looking forward to – the anticipated Elliot Yeo v Dustin Martin clash didn’t occur last year after they split their previous two encounters and the Gawn v Grundy battle was halted with Gawn missing due to injury.

We saw some clashes sway heavily to one side – the Danger v Dusty fixture probably the most obvious due to the mercurial Martin’s finals effort and we saw new rivalries formed, with Tim Kelly probably desperate to atone for his lacklustre performance against Levi Greenwood in the first week of finals and the King Brothers occupying opposite ends of the field for the Saints and Suns.

On top of that, we have players in new colours, desperate to make an impact against their old teams.

So, without further ado, the Mongrel dives into some of the anticipated one-on-one clashes of the 2021 season. Only 74 days to go until the first bounce of the season, people. Tick tock…