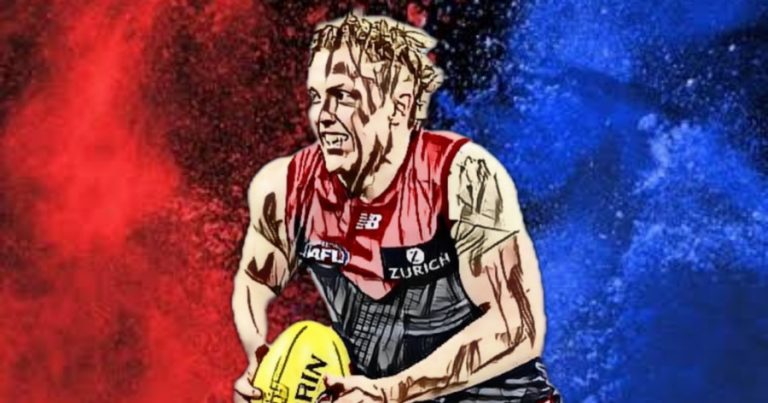 The Fast Track to Greatness

It is difficult to picture Clayton Oliver in anything but the red and blue of the Melbourne guernsey, isn’t it? Ever since he donned the colours, he has looked as though he belonged.

However, things could have been vastly different had the Sydney Swans decided not to match the bid on their Academy Prospect with pick three in the 2015 AFL Draft.

When the Dees bid on Callum Mills with pick three, it forced the hand of the Swans, who rated Callum Mills so highly (and rightfully so) that they immediately matched the bid and took Mills under their collective wing. It was only then that the Dees “settled” for Clayton Oliver at pick four.

Holding the next selection in the draft were Essendon, who nabbed Darcy Parish. He took a while to work into the side and display his best form – as did Mills at Sydney, initially working off half-back under the patient eye of John Longmire – but Oliver hit the ground running, displaying the type of form that has seen him become one of the best in the game, today. In his rookie season, he averaged 19 touches per game. Just 12 months later, Oliver had found his groove and his place in the Melbourne midfield, jumping up to average over 29 disposals per game.

He has not looked back since.

As it stands, I am pretty sure all teams involved in that little scenario would be pleased with their picks (except maybe Essendon, who then went on to virtually waste pick seven on Aaron Francis). The Swans picked up their Academy prospect who they saw as a potential leader of the club. Lo and behold, he has become just that. Mills has stamped himself as one of the best two-way mids in the game. Essendon have a ball magnet in Parish, who has now become of the best pure ball winners in the competition. And the Dees… well they managed to grab themselves a generational midfielder, seemingly by getting the player that was their second choice.

Sometimes it is better to be lucky than good.

There are those who may think the term “generational midfielder” should be restricted to the absolute best in the game – champions like the Chris Judds, Dustin Martins, or Gary Abletts of the world. When I started The Mongrel Punt, I went all-in on Clayton Oliver, stating he would one day be regarded as one of the best to ever pull on a Melbourne guernsey. It was shot down – he was three years into his career at that point, but if you could not see the oak tree in the acorn, then I don’t think you should be shooting down those who did. I am putting it out there again – when all is said and done, the name of Clayton Oliver will sit with the three mentioned above in terms of the best modern midfielders.

Comfortably so, as well.

It’s difficult to believe he is still just 25 years old. It’s quite shocking when you see the number next to his name – it feels as though Oliver has been around forever, and given his list of achievements, it is scary to think that he is only just now in his prime years.

In the 2022 season, Oliver became the second man to notch 400 contested possessions in a season on three occasions (2018, 2021, 2022). Hell, it has only been accomplished eight times in total since the stat started to be recorded, with Patrick Dangerfield having two to his name, and the other three belonging to Josh Kennedy of the Sydney variety.

Oliver is in esteemed company already, but as we continue to follow his career, he will likely start to find himself in territory as yet uncharted.

So, where do we see Oliver in six or seven years?

He plays the crash and bash style as well and anyone who has ever picked up a footy, and whilst that is to be commended, I do worry about the stress on his body. That said, he has been incredibly durable since his rookie season, only playing under 22 games once, and that was in the shmozzle that was the 2020 covid-impacted season. He fronts up, week in and week out, extracting the footy from contests when others around him seem to have given up. If you tackle him and do not secure his hands, he wriggles out of it like a red-headed eel and fires off a handball to set the Dees off. So quick are his hands, that many have accused him of throwing the ball out of contests to get his team off and running.

In the interest of fairness… sometimes, he does!

And the other knock on the game of Oliver is that he may choose to put a little mustard on minimal contact to attempt to draw a free kick. He is too good for that kind of crap and if there was one thing you could remove from his game, that’d be it.

Other than that, we are looking at a player of the highest quality in the midst of an absolute purple patch of form. He sits behind only Greg Wells (116) and Robbie Flower (150) in terms of all-time Brownlow votes, with 110 to his name, already, and will undoubtedly find the top of those rankings within the next couple of seasons. With 95 votes over the last five seasons, it seems a formality.

How many Best and Fairest awards can he win?

How many AFLCA awards can he snag?

Could he grab himself a Norm Smith Medal at some stage, as well?

I would not put it out of the question.

Clayton Oliver is only now approaching the summit of his AFL career. Unlike many, the road he has travelled to reach it has been littered with glory, with the young man dominating the game like few have been able to do in such a demanding position.

He has taken the best parts from those who have come before him – the quick hands of Diesel Williams, the combative nature to fight through tackles of Chris Judd, and the strength in the contest of Lenny Hayes, and rolled them into one supreme midfield machine.

And the exciting part is that the engine seems to be only warming up.

If you need any more convincing that you are seeing something special every time you get to see Oliver trot out onto an AFL ground, Round One is the next instalment in the Clayton Oliver show is only about 110 days away.

He is on the fast track to be regarded as an all-time great.