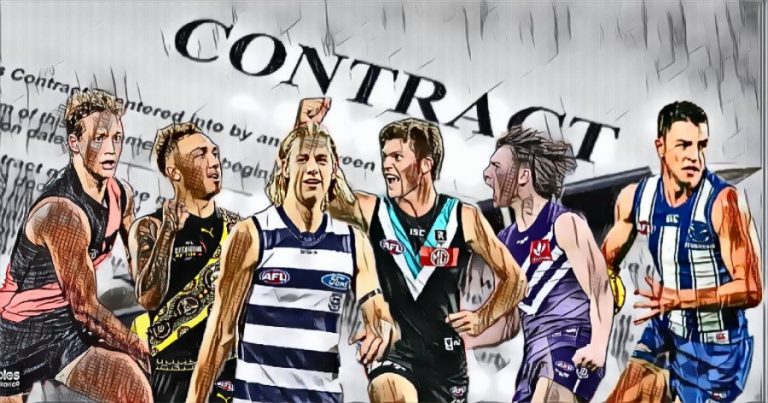 The Signatures That Matter In 2023

We’ve not long finished trade and free agency period, we’re in the midst of a whole new crop of players entering the league, and here’s The Mongrel, speculating about future contract signings and/or departures.

Yep, never a dull moment when it comes to the AFL… except that period between Xmas and New Year. That’s pretty dull, if I am being honest.

Anyway, as we start the road toward 2023, there are a number of players who are currently without a contract beyond next season. Whilst I have no doubt that many named below will re-sign with their current club, it is worth having a look at some that could be targeted by opposition teams as their contract discussions wear on through the season.