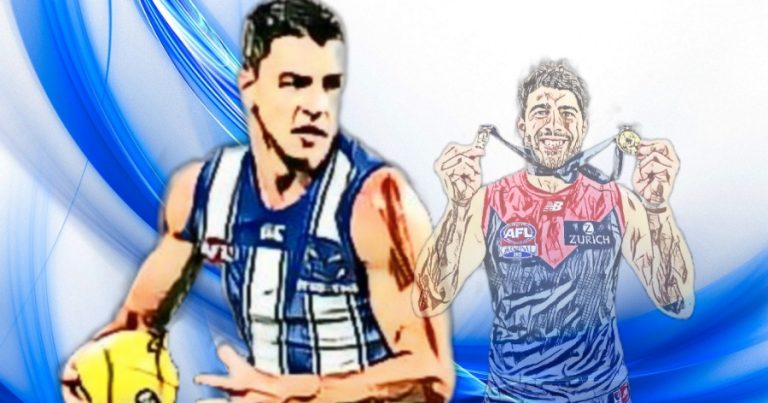 The Next Big Step

No pressure, here, LDU… but the bar is set pretty high.

In 2020, a player emerged from under the growing weight of expectation to establish himself as one of the more complete players in the game.

Christian Petracca was always around the mark after being drafted with the second overall pick in the 2014 AFL Draft. After sitting out a year due to an ACL injury suffered during pre-season training, Petracca was forced to wait until 2015 to display his talent. However, at that stage, not only was he attempting to find his way in the league, but he was also regaining faith in his surgically repaired knee.

It was a pretty tough combination to overcome.

Over the next couple of seasons, this led to some – both in the media and in the AFL fandom – questioning him and wondering how long it would take for him to truly blossom as an AFL player. If we’re being quite honest, the answer was about another four years. That may seem unfair, but Petracca’s 2020 season was his true breakout year. He had a monster preseason, moved into a more prominent role within Melbourne’s midfield structure and, no longer a boy finding his way, was able to mix it up with the best in the game.

And come out on top.

Sadly for the Demons, Petracca’s form came at a point where they were not looking anywhere like the team we saw in 2018, or would see again in 2021. They were suffering through another disappointing season, finishing in the dreaded ninth position and missing finals. At the time, I remember people saying that Petracca’s effort was all for naught, but that turned out to be untrue. In a season with games reduced by 20% of game time, ‘Trac improved his disposals per game by 4.85. It bucked the trend and firmly established him as a star of the game. Melbourne now had the player that could, and would propel them to great things.

Fast forward 12 months and not only were the Dees holding aloft the premiership cup, but Petracca turned in one of the biggest grand final performances in history, notching 39 touches and kicking two goals as his Dees steamrolled the Dogs in the last quarter. He joined the greats who have won the Norm Smith Medal – a testament to the hard work he put in to elevate his game.

This past week, North Melbourne opened up the doors to allow filming of Alastair Clarkson’s address to the first to fourth-year players. It was a good move – it allowed not only those players, but North Melbourne supporters a glimpse into how Clarko operated and what he expected from his charges.

He is not there to play games. He is there to win, and the form of his burgeoning star, Luke Davies-Uniacke, will be a key to his plans