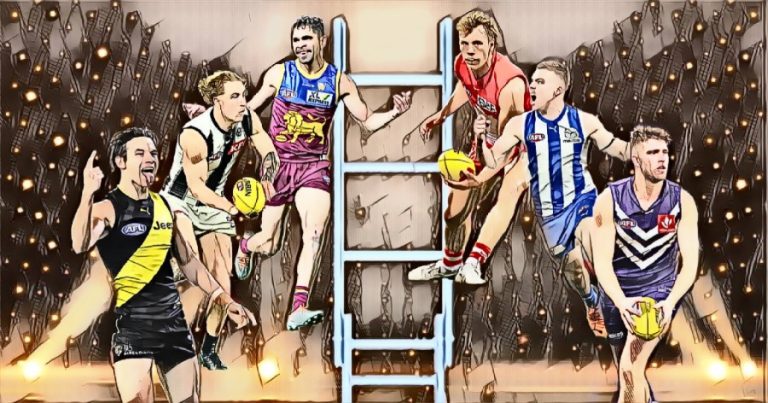 Ah yes… the annual Mongrel Punt Ladder of Trust. I always sing it to a Billy Joel song… it’s just a ladder of trust…

Some think it should be a four-letter word, whilst others offer it without desiring anything in return. It is a precious commodity – one that can lead to joy, or sorrow depending on how it’s used, and it has left a trail of broken hearts for centuries.

It is imperative that teammates know what to expect from each other, and in situations where the game is in the balance, it is usually the better teams who trust their teammates enough to win the footy, or make the spoil, or get the vital clearance that go on to win the day. Trust is what makes great teams great.

The Ladder of Trust has become an annual fixture at The Mongrel Punt as we start the slow burn toward a new season. Who do you trust implicitly on your team? Who do you have doubts about? It all comes out in the wash as we sift through each team to uncover where their leaders and strength come from, and where the uncertainty lies within their lists.

So where do the teams sit right now in terms of trust? If I open up a page in the season preview and look at their team list, which teams jump out as the teams with players I trust to get the job done each and every week? If there was one big game, who on each team would I trust completely, and wholeheartedly to get the job done?

Here is The Mongrel Punt’s 2023 AFL Ladder of Trust.

Position heading into 2022 in parenthesis. Any ties are broken by the number of players in the trusted bracket.