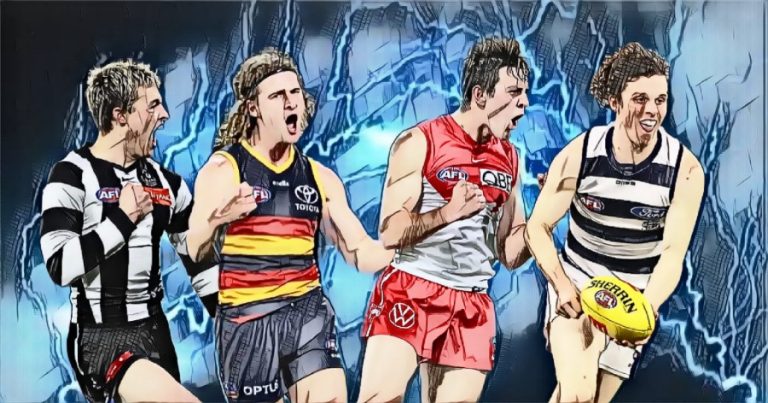 Remember those kids at school who just developed quicker than everyone else?

If you didn’t have one or two in your class, you probably would have come up against them in local footy – you know they type, right? They had a moustache at the age of 15 and had muscles in places most kids that age didn’t even have places.

The same applied to females… as a primary school kid, some girls were much more developed than others. To say I was terrified of them would be an understatement. Luckily, that fear subsided pretty quickly, and by the age of 25, I was not so scared.

The same applies to AFL players – some arrive in the league ready to make an impact. Others… they take a bit of time to start asking women ou… errr, I mean have an impact on games.

With that in mind, we start to narrow our focus on the players aged 20 and under as of right now, and look at who amongst them have made the largest strides in the early stages of their careers. It’s the Mongrel’s top 20 aged 20 and under for 2022.

Uh oh… the rest of this one is behind the Mongrel Paywall. Don’t you hate that? This is where I try to provide value to our Mongrel Members. They will receive access to five or so exclusive columns per week during the off-season detailing trades, free agency, player profiles, drafts, statistical analysis, classic games and rivalries, and then into the pre-season previews. Wanna join them and support the best damn independent footy site you’ll find?