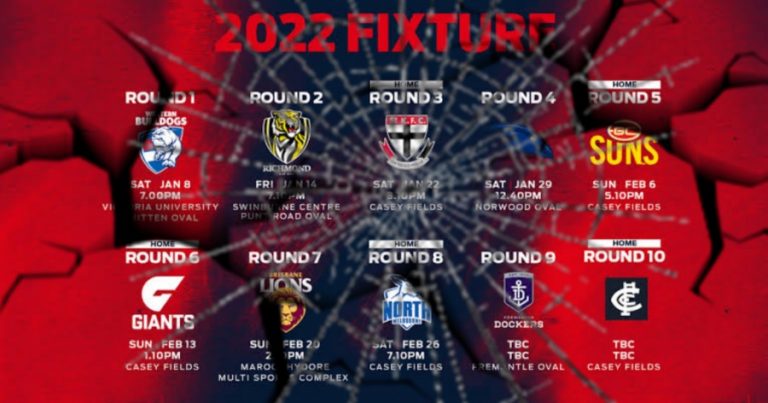 Short Breaks and The Difference It Makes

Bill Skelton·October 6, 2022
AFL Season 2023
I’m sure we’ve all heard it before – “we’re coming off a five-day break”.
The coaches mention it often, and though it can be used as a crutch for a poor performance, there is data to back up the perception that teams with one more day’s rest perform at a higher level.
Bill Skelton from Useless AFL Stats chimes in with some figures that may make you sit up and take notice.
——-
Due to the structure of the fixture, AFL teams play against each other coming off different lengths of breaks. Typically, teams will play each other with 0 or 1 days difference between breaks. However, differences between breaks can be two days or more, particularly around byes and finals. So, does this impact results? And if so, by how much?

This also occurred in season 2022, but the effect was larger than the 2000-2022 baseline. In 2022 teams with a longer break than their opponent won ~56% of games, compared to only ~43% of games won by teams with shorter breaks. Here is a breakdown by team for 2022 based on how many games they had with a shorter, the same, or longer break than their opponent. The Western Bulldogs had the most favorable fixture, whilst Essendon had the most disadvantageous. 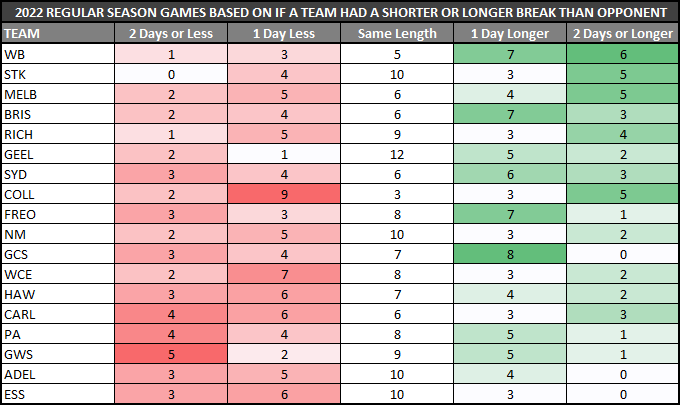 Back in the day, every game was played on a Saturday. And with the arrival of Thursday Night Football, this effect could grow stronger over the coming years. Should the AFL work towards trying to even this out? Or is it just another quirk of the unfair AFL fixture we have to live with?