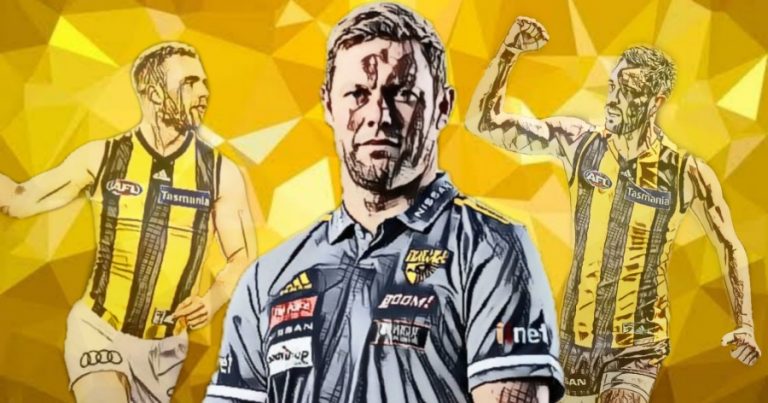 It is already starting to appear as though the Hawthorn Football Club may end up being the biggest loser of the 2022 Trade and Free Agency period, and it has nothing to do with what is making headlines over the past week.

Following his appointment as coach at Hawthorn, Sam Mitchell made it abundantly clear that he was prepared to have a clean-out of the veteran talent at the club. His focus was clear – he wanted to begin his tenure with a youth movement designed to set his team up for success in the long term.

It hit some hurdles initially, with senior players not quite ready to move on, despite the new coach looking to secure deals for stars like Jack Gunston, Tom Mitchell, and Luke Breust followingthe 2021 season. That these blokes remained with the Hawks through 2022 and played so well is a testament to their professionalism and commitment to the club.

However, as we near the 2022 trade period, things are very different, with Gunston already flagging his intentions to join the Brisbane Lions as an unrestricted free agent, and Mitchell has been strongly linked to Collingwood in a deal that will most likely return pennies on the dollar for the Brownlow Medallist.

Uh oh… Mongrel Paywall. Don’t you hate that? This is where I try to provide value to our Mongrel Members. They will receive access to five or so exclusive columns this week covering free agency/trades, as well as historical and statistically-based articles. Wanna join them and support the best damn independent footy site you’ll find?