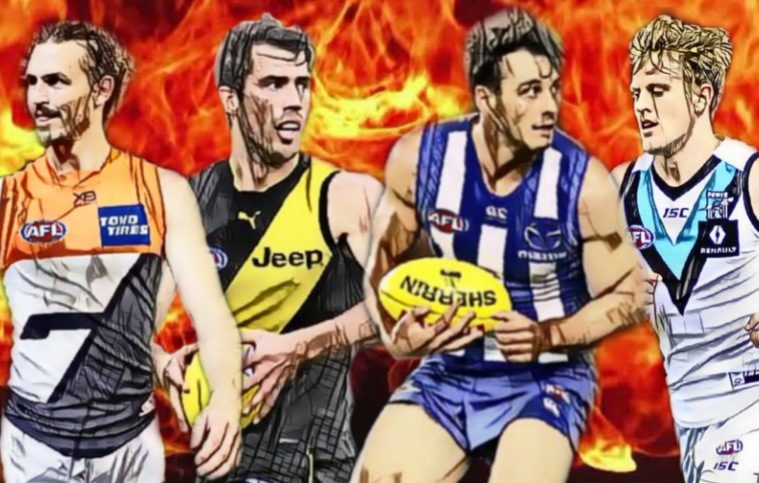 MEMBERS – The Defensive Double-Doubles… and One Triple-Double

It’s been a couple of weeks and I get so caught up in doing the defensive/wingman and player rankings every Monday/Tuesday/Wednesday, that in this time-sensitive season, I don’t get time to write about some of the things I really want to.

Focusing on the big defenders is something I’ve really enjoyed with the rankings, so expanding on that idea, I wanted to drill down and concentrate on an achievement that is difficult enough to achieve in regular-length games, let alone in this shortened season.

The defensive triple double is something I have often thought about. I am an NBA fan (a Golden State fan before it was cool… they were some tough years. I still haven’t forgiven Chris Webber!) and have long been enamoured with the triple-double in basketball. I suppose it lost a little of its lustre when blokes started genuinely angling to achieve it on a nightly basis, but I back when Jason Kidd and company were notching them regularly, I found myself paying a fair bit of attention to it.

Naturally, I applied it to the AFL in the column below.

Drilling down a bit further into the AFL, I started to look at defenders and their ability to hit three key statistical markers in a single game.

Double figures in intercepts, one-percenters and rebound 50 disposals – all key components of being a top-tier defender in the game, but incredibly difficult to knock over in one outing, as you’ll see below.

As such, I relaxed things a little to see which players had regularly ticked off two of the criteria, and I called it the D2D. The Defensive Double-Double.

The defensive double-double is something I refer to at times in game reviews when a player achieves double figures in both intercepts and spoils/one-percenters but really, we can expand it to Rebound 50s as well as they are a distinctly separate category. Combining two of the three stats, we can identify which players have rules the skies and cut the opposition off at its knees in particular games.

I meant to compile a list of those players reaching this milestone on a week-to-week basis but… you know, life and kids and family, and footy and stats and sleep. Oh, and work… they tend to eat up the time.

Now, as I sit here thinking of what to write about, there is no excuse.

And so, the defensive double-double both this season and historically. Maybe I’ll even find a triple double in there somewhere.