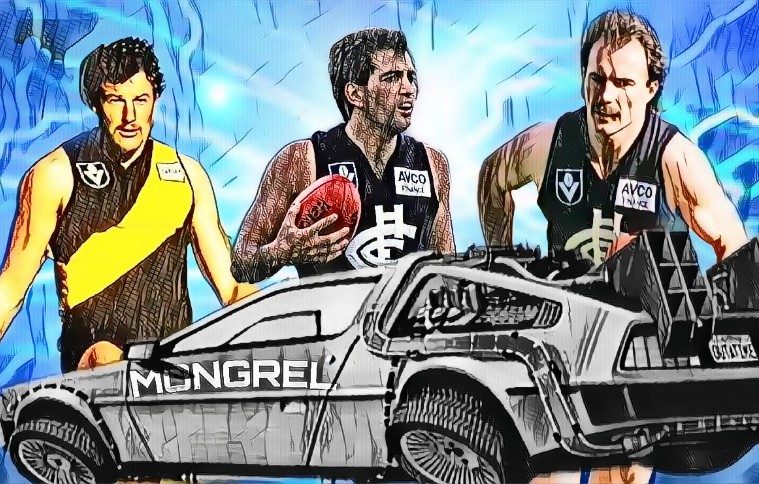 It’s been a little while since I jumped into the Mongrel Time Machine and dialled it all back for a look at the game as it was.

This time, I’ve landed in 1984 and there’s the 11-year-old me, going through puberty… discovering my own body… petrified of girls. Yep, what a time to revisit. Let’s leave my struggles behind and jump straight to Round Four, 1984 of the VFL, as the Tigers and Blues met at the MCG.

It was a time when these two teams were powers in the league, with the Tigers 18 months removed from competing in a Grand Final, and the Blues 18 months from winning that same game. Familiar names patrolled the park for both teams as Jimmy Jess, Michael Roach, Dale Weightman and Brian Taylor formed the nucleus of the Richmond outfit, whilst Wayne Harmes, Bruce Doull, Geoff Southby and Ken Hunter wore navy blue.

Let’s get stuck into it.