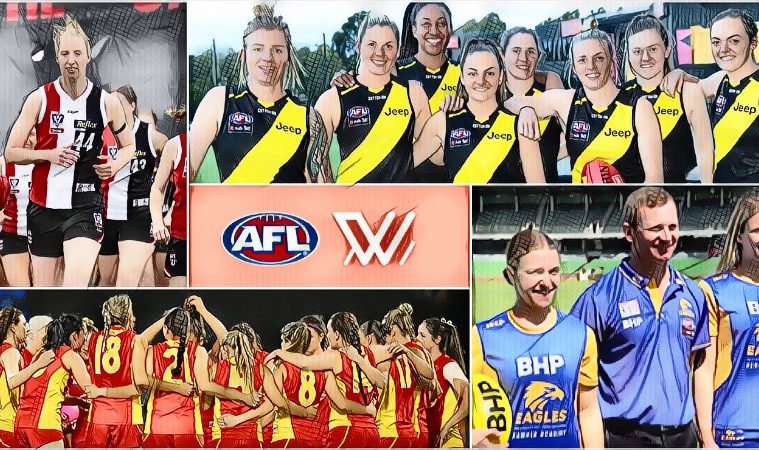 Too Much, Too Soon – The AFL Jump The Gun On AFLW Expansion

The AFL Women’s Competition’s shambolic pay deal drama is set to reach a long-awaited conclusion in the coming days. All parties are now confident a deal will be reached to ensure the 2020 season will proceed.

On Thursday, a vote once again opened for AFLW players to accept – or again reject – a new pay deal that has been put forward. The AFL, AFL Players Association and key AFLW player representatives, including those who have been vocal critics of the original proposed Collective Bargaining Agreement (CBA), have finally come to an in-principle agreement.

The new deal guarantees that players will receive earlier notice of pre-season and season start and end dates. This is an important issue due to many players needing to make arrangements for time off with their full-time employers. Other improvements for players in the updated deal include alterations to the timing of player payments and increased prize money for finals teams.

The original CBA offer was agreed to by the AFLPA but was embarrassingly rejected by the group it is ultimately charged to represent. The AFLPA has an unofficial requirement for CBAs to be ticked off by a three-quarters majority of the playing group. The original pay deal only received 70 per cent support, largely as a result of 90 per cent of Geelong’s playing group voting ‘no’.

The pay dispute has been extremely messy for AFLW, with threats of court action, calls for the AFLW playing group to ditch the AFLPA as well as a threat to lodge a complaint to the Human Rights Commission regarding gender workplace fairness. While the pay dispute is now close to a resolution, the AFLW does not appear to be a strong and united competition. Something that is necessary considering it will be expanding once again in 2020 with four new clubs joining; Gold Coast, Richmond, St Kilda and West Coast. This is after Geelong and North Melbourne entered in 2019. In fact, this rushed and ill-considered, rapid expansion is at the heart of the issues that the AFLW is facing, not least of which is this latest pay dispute. And this is a belief shared by many in the playing group.

As a compromise for the newly improved CBA, the so-dubbed ‘rebel’ group agreed to forego their demand of a 13-round season from 2020 onwards, plus finals. This demand was hardly unreasonable to begin with as it would allow for a fair draw (something that has been extinct in the VFL/AFL for some time) where every team would play each other once. Instead, there will be an eight-round season (plus three weeks of finals) for 2020, a nine-round season (plus three weeks of finals) for 2021 and a 10-round season (plus three weeks of finals) for 2022. Some players fear that not having a competition where every team plays each other could mean that the AFLW is accused of being an exhibition tournament rather than a genuine competition. Moreover, 10 of the 14 AFLW clubs pushed for a 13-round league and challenged the integrity of the fixture to the AFL. These clubs were Brisbane, Carlton, Collingwood, Geelong, GWS, North Melbourne, Richmond, St Kilda and the Western Bulldogs.

This is all well and good, but the reality is the current TV deal cannot fund a 13-game minor round as Seven and Foxtel are unwilling to broadcast any more games. AFL CEO Gillon McLachlan has rejected calls for some AFLW games without them being broadcast on TV, and rightfully so. Devaluing the product in that way would have only damaged the league’s growth. But put simply, if TV networks are not willing to fork out for an expanded season – it means the league is not ready to expand. Therefore, the AFL have jumped the gun on AFLW expansion and this is a mess of their own creating.

Rather than expansion for the sake of expansion, the AFL should have instead focused on improving the AFLW product, so that it is at the stage where broadcasters are wanting more – not less.

The AFLW will once again go with their farcical “conference” system that put a flamethrower to the integrity of the competition last season. This “conference” system is generally detested by the players and the majority of the clubs want it scrapped. The system where teams are divided into two separate ladders as “Conference A” and “Conference B” is awful, especially considering it is not actually a genuine conference system. The two ladders are completely unnecessary as teams from one ‘conference’ also play multiple teams from the other.

It is no less a “conference” system than the men’s comp who too play their rivals an unequal amount of time. No one in their right mind would want the AFL ladder spilt into two conferences, and it should be the case for the AFLW. The made-up “conference” system last season resulted in the wrong teams getting into the finals with Conference A being much stronger than Conference B. There is no extra relationship between the teams in one conference than the other. There is nothing tying them together. If the AFL and AFLW are trying to sell this point, don’t buy it – it is pure nonsense.

If only the AFL held their nerve and resisted the temptation to expand so soon and so inorganically. Imagine, if the AFLW was still an 8-team comp where each team played each other once and there were three weeks of finals. Not only would it be a genuine competition, but there would be no “conference” systems and much less dissatisfaction amongst the playing group. The standard would also be much greater with less teams. Shouldn’t that be the priority?

But instead we have an absolute shambles on many fronts.

What’s that saying about good things and those that wait?