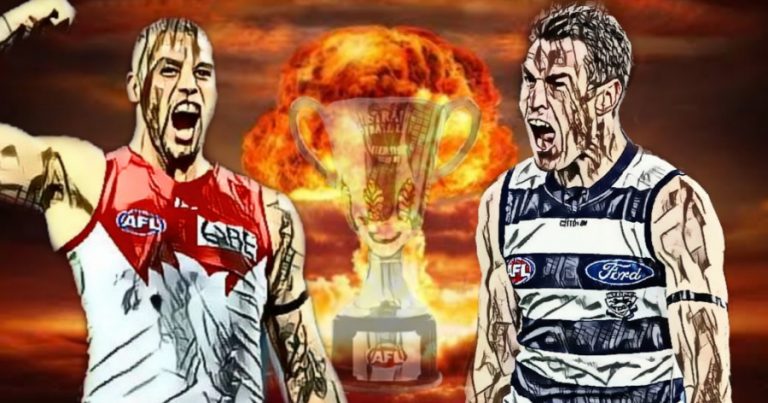 A Tale of Two Forwards

In the Spring of 2013, the AFL was aflutter with speculation that Lance Franklin was off to join the GWS Giants and spearhead their campaign to win a premiership.

What happened next was a classic game of smoke and mirrors by the mischievous Sydney Swans and the goal-kicking star, as he used GWS as a pawn in a game to join the other, more established, and recently successful Sydney teams.

It was a move that caught the AFL by surprise, and if you believe some journos, angered quite a few at AFL house who saw Franklin as the key to bringing fans to Giants games.

Franklin would be part of a team that got close on two more occasions, but ultimately fell over at the final hurdle – once to his former team, Hawthorn, and again to a team of umpires, and also the Western Bulldogs.

Years later, another Coleman Medallist would turn his back on GWS, looking to relocate to Geelong and join another team ready to contend once more. Jeremy Cameron jumping ship was like a dagger in the heart of GWS and his absence in the last two seasons has left a gaping hole in their forward structure that Jesse Hogan, Toby Greene, and anyone else they’ve played in the role have been unable to fill.

This weekend, one of these two superstars of the game – and both are well and truly deserving of that title – will fulfil his destiny and help secure a premiership for his second club. But who will it be, and who deserves it more?

Uh oh… Mongrel Paywall. Don’t you hate that? This is where I try to provide value to our Mongrel Members. They will receive access to five or so exclusive columns this week and also get access to HB’s Grand Final review early. Wanna join them and support the best damn independent footy site you’ll find?