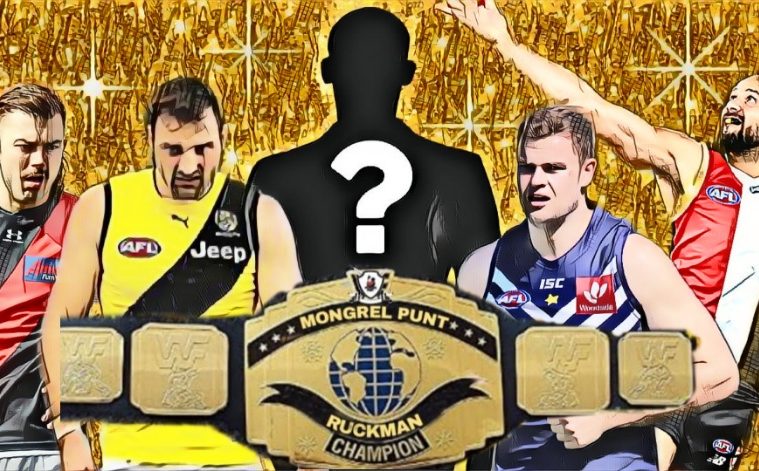 VACANT – Mongrel Ruckman Championship Belt Up For Grabs In R15

The champ is hurt, and being the horrid, despicable person I am, it is my duty to perform the action that nobody wants to see.

You see, the title MUST be defended, and if the champ is incapable, then someone has to make the harsh decision.

As such, heading into Round 15, the Mongrel Ruckman Championship Title Belt is VACANT and the best ruck performance of Round 15 will become the new champ. May the biggest, baddest, and best ruckman win.