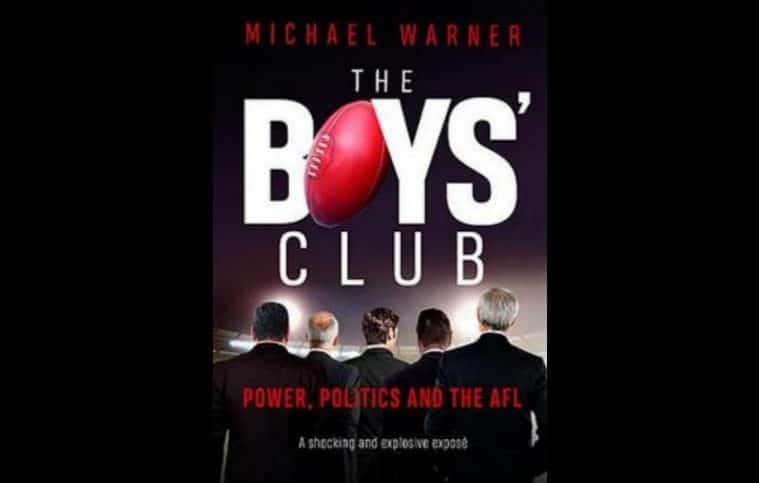 I am not sure how many of you would take a book recommendation from The Mongrel Punt seriously, but here goes.

We”ve been around for about three years now, and there are a couple of things we don’t do.

We don’t take money from betting agencies, who ask us to add their odds into our articles and say they’re the best in exchange for some cash – they can GTFO.

And we don’t plug just any old thing. We don’t want to be those people.

However, when we do find something we believe deserves our support and promotion, we do just that. No payment was required for this article – this is just the Old Mongrel finishing up a book he picked up on the weekend and wanting to share some thoughts with you all. If you go out and buy it, great. If not, no skin off my nose – I have no skin in this game.

There is a very good reason there are not more books of this nature written by AFL journos. It is akin to career suicide to do so for them. To look under the rug where the AFL has swept a lot of the dirt over the years is taboo, and it is only those with either one foot out the door in terms of covering footy, or someone unafraid of losing their precious accreditation that would dare attempt to lift the lid on the way the AFL operates.

Well, Mick Warner, in his new book, The Boys’ Club does just that.

This book is the best AFL read I have had in five years. It delves into areas of the AFL’s operation and conduct that have previously been made to go away. I know that recently, an excerpt from the book ruffled some feathers of West Coast supporters as it focused heavily on the period in their history where drugs were a large part of the culture amongst some segments of their playing list. Strange, that the AFL media would choose to drill down on that aspect, once again deflecting the heat to a team rather than take the heat as an organisation.

People, the AFL Media are part of the problem, here. They simply do not do their job and they do not hold the organisation accountable.

Rest assured, the chapter on the Eagles’ woes was not written or intended as a shot at West Coast – the entire book is a behind the curtain look at not just the way the AFL and its executives handle sensitive issues such as the West Coast situation, Covid and the Essendon supplement saga, but also how they continually cover their own tails and feather their own nests at the expense of those deemed less important.

James Hird was less important… and he found that out the hard way.

It is a startling insight into the way the AFL executive has made the AFL commission all but redundant in regard to decision making, and has pocketed millions in salary along the way.

I have no financial interest in this book, the publishing company or the author, but I am also not going to give away what is covered in depth. I want you to buy this book, read it cover-to-cover and gain a better understanding of how this organisation entrusted to be the “custodians of the game” has handled itself, and how it has treated the game you love over the last twenty or so years.

This tome covers the issues I mentioned above, as well as the “brown paper bags” saga at Carlton, the Melbourne tanking issue, players and three strikes, the botching of the Gold Coast Suns, Franklin’s monster Sydney contract, the Talia Brothers’ leaked info drama, the involvement of agents and jobs for relatives, and the inappropriate conduct of AFL execs with junior staff members.

It focuses on the way the AFL handled all of the issues and how they were able to manipulate those in the media (mustn’t lose that precious accreditation!) and the public to see things their way. Whilst it can be a little disjointed at points, Warner is painstaking in citing his sources and protects those who wished to remain unnamed.

It is a unique look at the AFL and those who are hand-picked to play roles in the organisation. It is both fascinating and scary that our sport was in the position it was when covid hit, despite being milked for millions upon millions in executive wages, year after year. It is the kind of read that cements all the thoughts you had about the AFL and even offers you some new insights into how this collective does business.

If I were to give this a rating, four and a half stars out of five seems about right. If anything I would have like Warner to go even harder and dig even deeper, but with a career in writing, my guess is that this book has burnt plenty of bridges in relation to covering the AFL.

Is it the best footy book I’ve read?

No – that still goes to our friend Matt Zurbo’s incredible Champions All – An Oral History of AFL/VFL Football, which offers the players’ stories in their own words over decades of footy, but this one would be right up there with Garry Linnel’s Football Ltd: The Inside Story of the AFL in second place.

I grabbed my copy from Target for $22 click and collect, which is an absolute bargain. I wholeheartedly endorse the book. It’s bloody fantastic. You can also grab it on ebook.

If you’ve read it, let me know what you think. And if this review was helpful, let me know that as well. Who knows, maybe the publisher will sling us a few copies and we can give them away to you guys.