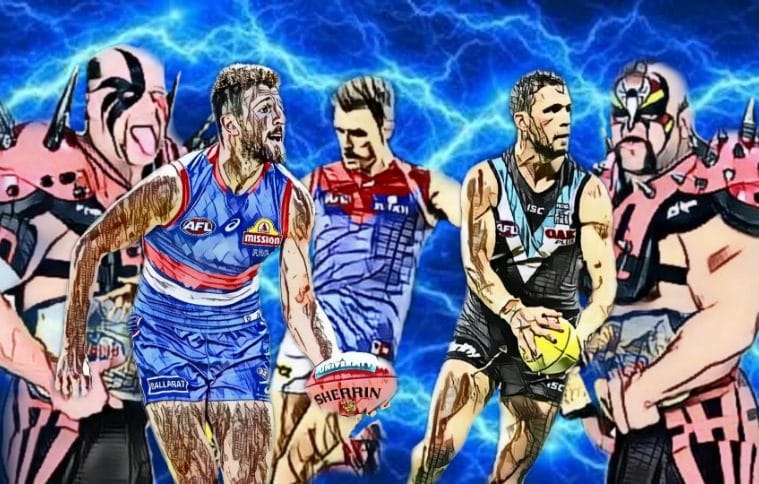 The byes often throw the little stat-related rankings we do into disarray, and this season, the combination of the byes and the covid outbreak in Melbourne has done the same to the Road Warrior Ladder.

Melbourne teams are travelling interestate and so are interstate-based teams to play at neutral venues.

It means there is a fair bit of movement afoot in the Road Warrior Ladder, despite there being three games less to factor in this week, with a couple of teams making the big jump to the top to take advantage.

THE ROAD WARRIOR LADDER AFTER ROUND 11

The Dees take outright top spot this wee, by virtue of their huge win over the Lions. The Dogs leap past Port, who were stuck watching proceedings with the bye hurting them, and Richmond moved into the eight, with back-to-back road wins.

Another massive round, with nine teams capable of picking up four points. Richmond, amazingly, have the chance to jump into the top two here… unbelievable!

And as they say in the classics… Arrrrrggggghhhh, what a rush!

I’ll update this every week if I get time, or every couple of weeks if that suits a bit better. Though it means nothing in the grand scheme of things, it is just interesting to keep an eye on who is the best performed road team in the game. It just might come in handy in about four months.

PS – The Road Warriors are not my favourite tag team of all-time. I am a Brainbusters fan. Tully and Arn… what a team!