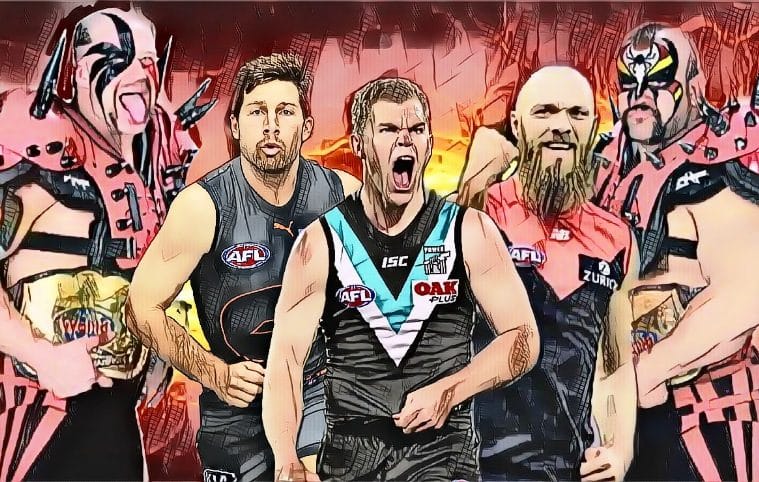 The Road Warrior Ladder – Round Seven

Meanwhile, we get some Victorian-based clubs cracking the sads when they have to play at Marvel Stadium instead of the MCG, and vice versa. Or those who get a little nasty when a move away from Kardinia Park is floated. One bloke on Twitter even thinks Geelong should be credited an away win for their win at the MCG on Easter Monday… a Geelong home game!

The Mongrel has devised a little ladder to assess who is the best road team in the league. Oh, the Vic teams will still get a look in if they’re good enough, and whilst I fully expect a number of fans to say this system is rigged to favour non-Victorian teams… I really don’t care.

Much the same way you don’t care that the Grand Final is locked into the MCG up until a time I hope I am still drawing breath. If you’re good enough to be at the top of this ladder, you will be.

Anyway, you get four points for an interstate win and two points for a win at an away venue that IS NOT played at the venue you consider your home ground. I don’t care if it’s not your home game – you’re still at the ground you play your home games at. The Road Warrior Ladder Nazi says “no points for you.”

Tasmania is considered a home game for Hawthorn. As much as their fans could claim a “road win” against Adelaide this past weekend, sorry… not flying here. You choose to play your home games there – you cop it. Same with GWS and Canberra – if it’s your choice, you wear it.

So, there we go. Really, the bottom five are all great, big losers in this system, as they are all on zero points. I’ve opted not to use the alphabetical order system to separate the teams this week, as that really screws over West Coast

I’ll update this every week if I get time, or every couple of weeks if that suits a bit better. Though it means nothing in the grand scheme of things, it is just interesting to keep an eye on who is the best performed road team in the game. It just might come in handy in about four and a half months.