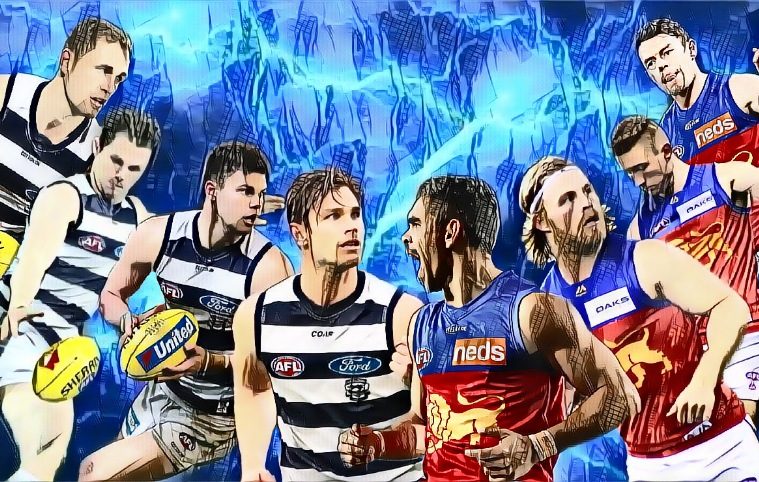 We covered the first Preliminary Final between Port and Richmond for our members in the link below.

Now, it’s time to sink our teeth into the second game of the weekend.

I love Prelim Final week. Whilst there is tension in the air for all finals, this is the point in the season where the stakes go through the roof. This is where teams prove they are the real deal.

My memories of prelims over the last ten or so years are wonderful – Shaun Burgoyne ending the Kennett Curse and sending the Hawks to the Grand Final against the Dockers, GWS hanging on against the torrent of black and white attack to launch into their first-ever Grand Final, the Dogs overcoming GWS in a classic in 2016, and the Tiger army filling the MCG in a sea of yellow and black as they ended GWS’ Grand Final hopes in 2017.

As great as the Grand Final is, the Prelims make for some of the most compelling footy of the year, and after we get a treat of watching the Power and Tigers battle it out, we move onto the clash between the Lions and Cats.

The Lions have the home ground advantage in this one, with a home Grand Final the prize, but Geelong sent a warning last week, giving the Magpies an absolute belting en route to righting the ship and making their fourth straight Prelim Final.

However, they have been unable to take the next step in each of the previous three trips to this point of the season, whereas this Brisbane team is now in waters unfamiliar to them in a long while.

Part of me is grateful we get to see one of these two teams in the last game of the season. It is fresh blood – Geelong desperate to shed the image of finals chokers (which is amazing because they have a flag in the last ten years), whilst Brisbane will be looking to cap a rise that, really, has taken many by surprise despite how good they were last season.

Who needs to stand up? What are the keys to the game? Who will make the biggest difference? And what are the matchups that matter? The Mongrel dives deep into one of the most intriguing matchups of the finals to date. It’s the Cats and the Lions colliding with a spot in the Grand Final on the line, and this is the game where players leave it all out there.

Please note, this article is additional content for our members as a thank you for supporting us all season (and hopefully into next season as well). Without them, there is no us, and I am extremely grateful to each and every one of them for the support they have afforded The Mongrel Punt as we develop into the site I always wanted us to be. Sincerely, thank you.