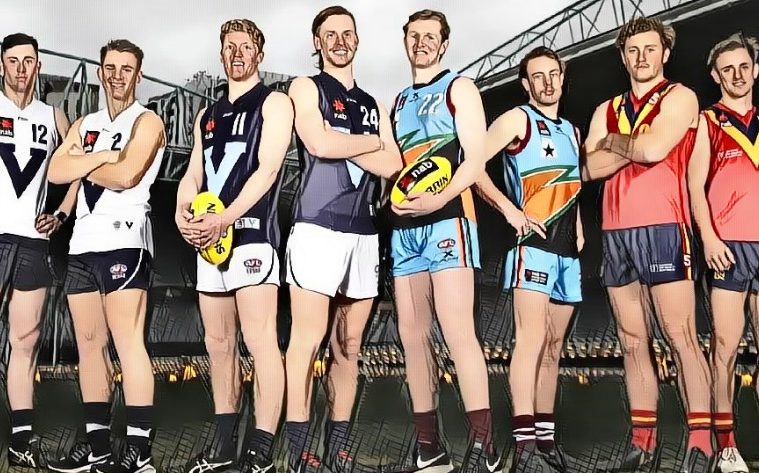 Five days out from night one of the 2019 AFL Draft and the draft order is set with the pre-draft period of pick swaps closing on Friday afternoon. This means we will have to wait until the night itself for anymore trades to go down – and subsequent Twitter accounts to be established.

However, some critical trades have already gone through that have had significant ramifications for the top-10 and mostly revolve around potential bids for academy prospects Tom Green and Liam Henry who are tied to GWS and Fremantle respectively.

GWS were determined to secure a first-round selection prior to matching the bid for midfielder Tom Green. This is so the Giants did not waste their high-quality Pick 6 selection, which would have ultimately been forfeited if Green was bid on (and subsequently matched) earlier. The Giants on Tuesday climbed up to Pick 4 (as they needed to get in front of Sydney’s Pick 5) by parting with their 2020 first round selection. This pick was sent to the Crows, who have shuffled down from Pick 4 to 6. The trade effectively means GWS will select two top-5 talents (including Tom Green) which is remarkable in a year in which they were Grand Finalists.

GWS have ensured that there is no risk of either Gold Coast or Melbourne foiling their plans and going early on a bid for Green inside the top 3. Gold Coast are committing to taking Oakley Chargers pair and best mates Matt Rowell and Noah Anderson, who are widely viewed as the definitive standouts of this year’s even draft crop. Whereas, at Pick 3 Western Australian ruckman Luke Jackson is the preferred option for the Demons. While, theoretically Melbourne could pull the rug out from the Giants and place a bid for Green at Pick 3, GWS would then not match and take Jackson who they also rate highly. Meaning, Melbourne would lose their man.

Jackson is set to become the highest picked ruckman in the draft since West Coast selected Nic Naitanui at Pick 2 in the 2008 Draft. Melbourne’s linkage with Jackson can seem perplexing considering the ruck stocks already on the Demon’s list including Max Gawn who is arguably the best ruckman of the past decade. Melbourne also traded for ex-Kangaroo Braydon Preuss last year who only managed 7 games in 2019. However, Melbourne believe that Jackson would be able to have an instant impact and could play early next season in tandem with Max Gawn. Jackson is also capable of playing as a key forward, a position Melbourne have had difficulty filling since the departure of Jesse Hogan to Fremantle. Jackson has been mainly touted as a star ruckman as he has been forced to play there out of necessity this season due to the lack of rucks in Western Australia U18’s Championships team and in the East Fremantle Colts side. There is also a school of thought at Melbourne, that Jackson, standing at 1.98 metres, could even play as a tall midfielder at times throughout his AFL career.

Adelaide’s rationale for doing the trade, other than the extra first rounder for 2020, is the fact that they are positioned to select the same player at Pick 6 than they would have at Pick 4. That player who they are targeting is reportedly key position swingman from the Sandringham Dragons – and draft bolter – Fischer McAsey. McAsey can play as a forward but has mostly been used as a key defensive post this season. Adelaide are seeking talls in this draft, especially in defence, considering they have lost several key defenders in recent times including Alex Keath, Jake Lever and even Phil Davis going back further.

McAsey is not in the mix at GWS’ Pick 4 or Sydney’s Pick 5. The Giants are choosing between Lachie Ash and Hayden Young and as of late Thursday a decision had not been made. However, the indication is that Lachie Ash is most likely selection as clubs with later picks in the top-10 believe Young is a live chance to still available at their selections. Sydney are zeroing in on Sam Flanders with Pick 5, despite the fact that the Gippsland Power inside midfielder and forward said on radio that his preference was to remain in Victoria. Flanders is viewed by the Swans as a potential replacement for co-captain Josh Kennedy who turns 32 next year.

Fremantle’s trade with Melbourne was the next big trade to take place with the deal designed for the Dockers to get ahead of Carlton, who Fremantle believed could place a bid for their academy prospect, Liam Henry. Melbourne was also contemplating on bidding at Pick 8 but that pick has now made its way to Fremantle who coughed up Picks 10 and 28 and a future fourth rounder in exchange. The Dockers are confident that no club will bid for Henry before their back-to-back top-10 selections at Picks 7 and 8. Fremantle’s selections at this point could be largely dictated by GWS’ decision at their freshly traded in Pick 4.

Hence, Fremantle’s interest in Lachie Ash, nicknamed, fittingly, Lachie ‘Dash’. Dylan Stephens could also fit the bill here, as the Norwood prospect is capable of playing with distinction as both an inside or outside midfielder. Stephens has plenty of admirers around this point of the draft including Carlton (Pick 9) and Hawthorn (Pick 11). Port Adelaide would snap up Stephens if given the chance but at Pick 12 he looks set to be off the board. However, Port Adelaide recruiter Geoff Parker told The Lowdown Podcast that the Power were open to packaging up two of their three first rounders to break into the top 10. Parker said “brief discussions” with other clubs about doing so have already taken place. Currently, Port Adelaide have Picks 12, 16 and 18 at their disposal.