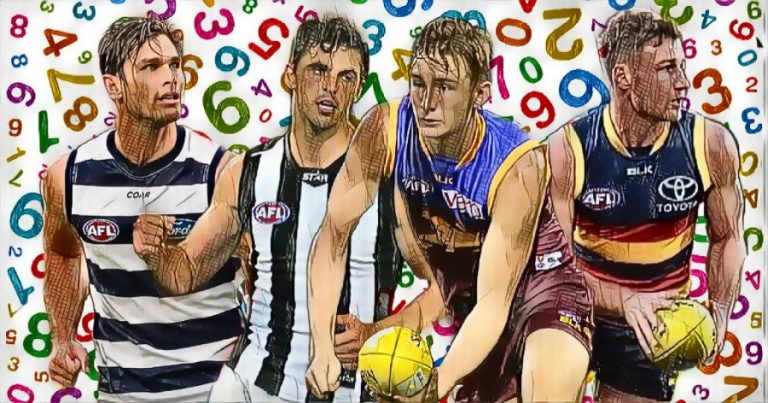 Records, Streaks, and Milestones in 2023

By the end of the 2023 season, Scott Pendlebury could be the all-time record holder in no less than four different categories. Let that sink in for a moment.

As we speed toward the 2023 AFL season, The Mongrel starts to focus on the good that may come to fruition over the now-24 rounds of footy.

Records are made to be broken and right now, we are living in a golden age for AFL statistics. Of course, it would probably be a platinum age if the AFL and Champion Data actually made more stats available instead of drip-feeding the public, but that’s how they make money from the clubs, right?

What a terrible set-up.

Alas, it is left for us plebs to rifle through whatever stats remain to see just who is making inroads at the top.

Already the number one handballer in history, Scott Pendlebury has his sights on Robert Harvey as the most prolific overall disposal gatherer in the history of the game. As it stands, Pendles is just 341 disposals behind the St Kilda champ, and at his 2022 average of 23.13 touches per game, should reel Harvey in by about 15 games into the season.

Pendlebury is one of just two players to also be ranked in the top 30 kick-collectors in history. He has 4632, which is good enough for 19th place. However, he is still the lazy 3661 kicks behind the all-time leader, Kevin Bartlett.

I reckon KB may just be safe for quite a while as the kick to handball ratio is nowhere near what it was back in his day..

Lance Franklin is just ten goals behind fourth place in terms of most goals ever kicked. Doug Wade, it should be noted, notched his 1057 in 74 fewer games than it has taken Buddy to reach his 1047. He does not get anywhere near enough credit as one of the all-time greatest to play the game.

Also in the top 15 of all time is Jack Riewoldt, whose 755 sees him just 23 behind the great Kevin Bartlett. Tom Hawkins will likely hit the top 15, as well, as he currently sits in 19th place and has our players within 16 goals in front of him.

Franklin’s notorious inaccuracy that plagued him early in his career is evident in his behinds total. With 729, Buddy sits second, all-time, with just KB on 781 ahead of him.

Todd Goldstein continues to put distance between him and the next best in the ruck taps. His 9205 hit outs have him now 749 ahead of Aaron Sandilands… who most likely won’t be adding to his totals, since he retired in 2019. Only Max Gawn, with 6125 taps (7th place) has any shot of ever getting near Goldy. It is a long shot, however, particularly as the big Kangaroo is going around again, and may even have another run in 2024 depending on how things go in the coming season.

Scott Pendlebury is 83 tackles behind Joel Selwood, as he chases the Premiership skipper for the all-time lead in that category. With 112 tackles in 2022, all Pendles has to do is stay the course, and we could see him as the number one ranked player in quite a few significant categories. That is some effort.

Shannon Hurn is the number three Rebound 50 player since the stat was kept. At 1308, he has just got to add another 557 to get near Heath Shaw, who is another whose contributions are played down too often. Daniel Rich is in sixth and Dane Rampe is in seventh. They’ll both be in the top five by about Round Five, health permitting.

Patrick Dangerfield is third all-time in inside 50s, but has 167 to catch the leader, Brent Harvey. I still reckon Harvs could have played a couple more seasons with North when he got the tap on the shoulder. Danger had 93 inside 50s in 2022, so his charge to the top will likely require two seasons playing a decent number of games.

Danger is also ranked fifth all-time in clearances, with Pendles on his tail. They are chasing Joel Selwood, who amassed 1844 over his career and sit 185 and 264 behind Selwood, whose record appears safe for this year, at least. Danger has averaged around 98 per season over the past three years.

Now that Joel Selwood has retired, no current player resides in the top 30 for free kicks. Selwood remains in ninth, all-time.

Lance Franklin is the only current player in the top 30 for free kicks against. He is currently in 25th, but a top-20 finish after the 2023 season is on the cards.

Patrick Dangerfield is already the all-time leader in contested possessions, pushing past recently-retired Sydney champion, Josh Kennedy during the 2022 season. Danger now has 4054, with Pendles again the only clear rival at this point, sitting in fifth with 3807. Trav Boak is also in the top ten.

Hey, look… it’s Enrico Palazzo! Nah, it’s Scott Pendlebury again showing up in the top two – this time for uncontested possessions. With 5492 to his name, he remains 251 behind Boomer Harvey. Pendles had 319 in 2022, so we could see him lead yet another all-time category in 2023. Andrew Gaff also sneaks into the top ten and could be top five if he sticks to playing outside this season.

Tom Hawkins is 45 contested grabs behind the all-time leader, Nick Riewoldt as we enter 2023. How Hawkins recovers from his foot injury will be something to watch, as it could impede him closing the gap. Buddy Franklin (believe it or not) is third, all-time, with 553 to his name, whilst Jack Riewoldt is in sixth overall, with 512.

Buddy is also just one behind Nick Riewoldt for marks inside 50. His 1016 is trailed by Hawkins on 998 and Jack Riewoldt on 980, so we could see some significant movement there, as well.

In terms of one-percenters, Harris Andrews continues to reel them in. He now sits sixth all-time, and a repeat of his 2022 totals (246) would see him rocket into second place and position himself to overtake Josh Gibson in 2024. Steven May also makes the top ten.

Adam Saad bounces the footy a lot, huh? He is just the lazy 499 running bounces behind Brent Harvey. Saad posted a career-high 113 in 2022, but will have to do that several times before he threatens the lead. No other current player makes the top 30.

Tom Hawkins continues to reel in Eddie Betts on goal assists, with the former Crow/Blue the only man to notch 300+ in a career. Hawkins is 45 behind Betts, and after registering 27 in 2022, it will take a couple of seasons for the Tomahawk to get him, if he does. Bloody Pendlebury… Mr Everything, is just three behind Hawkins, and given Hawkins is reportedly going to have a later start to his season, we could see yet another top-two position for Pendles. The man is amazing.

Lance Franklin needs one more 50-goal year to match Tony Lockett and Gordon Coventry’s record of 18 50-goal seasons. He has kicked five goals in a single game on 74 occasions. Lockett did it 145 times, Dunstall was on 128, and Coventry was on 124.

Tom Clurey has now played 123 games without a goal. That is the longest stretch of any current player.

Franklin is now third all-time in finals goals, with 74. Just Jason Dunstall (78) and Gordon Coventry (111) remain in front of him. Coventry looks pretty safe to have one of those records that is never broken in this category, huh?

Of the current AFL crop, Sam Walsh and Jack Macrae have the longest streak with 20+ disposals in a game, with 50 games apiece.

Rory Laird has 41 straight games with ten or more handballs. Lachie Neale is next best with 30.

Sam Berry has a 20-game streak of four or more tackles. Rory Laird is on his tail, with 18 games.

Clayton Oliver has a massive streak of 42 games with five or more clearances. The next best is Noah Anderson, with ten. This is also an all-time record streak for Oliver.

Oliver also holds the record for most consecutive games with ten contested possessions. That was 70 games, but ended in 2020 because 2020 sucked when it came to stats. He has since started again with 19, but Lachie Neale holds the lead for current streaks with 28-straight games.

In terms of one-percenters, Harris Andrews currently has a streak of 39 games with at least four one-percenters to his name. Tom McCartin has 37 games, and Darcy Moore has 27. As for the all-time record, Eric Mackenzie and Steven May co-own it with 56 games. Great to see Mackenzie holding a record – I always rated him.

I’ll finish on this, as I love this one. Shai Bolton and Sam Walsh co-own the record amongst current players for having two-straight games with three or more free kicks against. Don Scott has the record, with 24 games. He is also fifth, with a 15-game streak, and 13th with a 13-game streak.