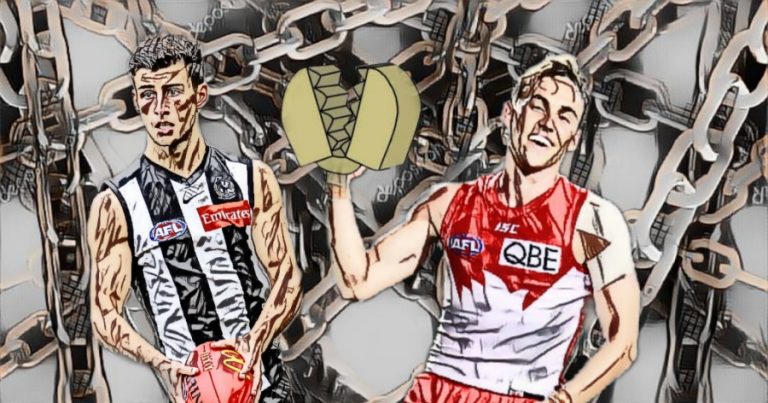 Round Two – Can Nick Daicos Escape The Clamps

It’s been just under a month since the Sydney Swans stopped the rot and put an end to the 11-game Collingwood winning streak that was the talk of the football world.

We can all remember that game, right?

You remembered what Horse Longmire did to completely kill the run of the Pies from half-back and force them out wide? Not only did he own the corridor, with the Swans taking away the Pies’ greatest weapon, but he also deployed his defensive weapon against the most damaging young player in the game.

Ryan Clarke shut down Nick Daicos on that day, and the Pies struggled to move the ball effectively from the back half as a result.