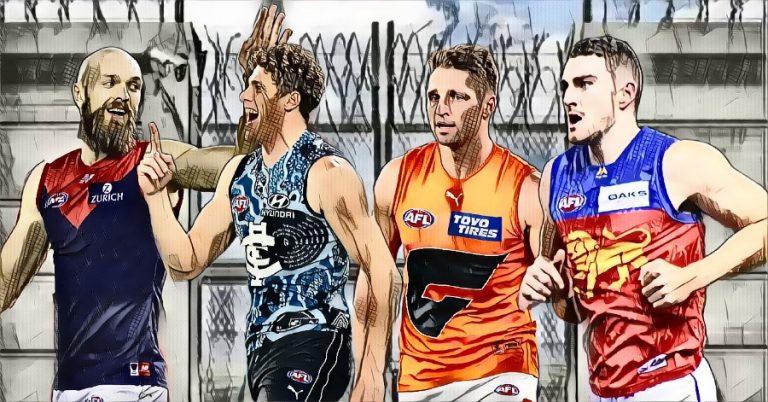 The ‘Get out of Jail’ Marks – Round 22 Results and Leaders

With just one week remaining in the home and away season, we look to have a race in five to see who will be crowned the inaugural ‘Get out of Jail’ marking champion.

Here are the players that took the big “GooJ” marks in Round 22, and our overall leaderboard.

This content is a column for our Mongrel Members. This is the third of five – maybe six – members’ columns this week. Mongrel Members also get access to HB’s game reviews early. Wanna join them and support the best damn independent footy site you’ll find?