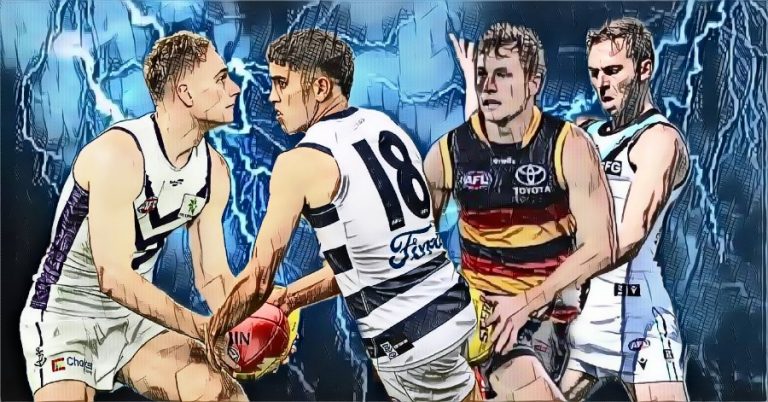 Recruit of the Year – Round 22 Results and Leaders

Jordan Dawson threw down the gauntlet on Saturday against the Kangaroos. Compiling possibly his best game as a Crow to date, he was steadfast in defence and provided a heap of avenues to transition defence into attack.

It was then left to see whether Will Brodie could pick it up and answer the challenge.

In truth, Brodie has been better this season, but his game against Fremantle’s most despised opponents demonstrated that he had plenty left in the tank.

Was Dawson able to close the gap on the leader? I guess we shall see…

This content is a column for our Mongrel Members. This is the second of five – maybe six – members’ columns this week. Mongrel Members also get access to HB’s game reviews early. Wanna join them and support the best damn independent footy site you’ll find?