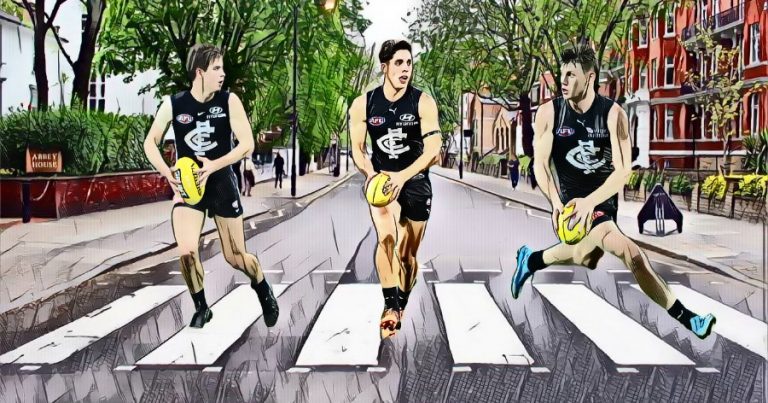 Boy, You’ve Got To Carry That Weight

The suspension of Patrick Cripps has placed a huge strain on the Carlton midfield headed into the last two rounds of the season.

With George Hewett already sidelined with a back injury (he missed basically a whole season in Sydney with something similar), and Matt Kennedy sitting on the sidelines recovering from a fractured jaw, the in-and-under brigade of the Blues is looking quite thin. Oh, and they just so happen to be playing the team with three of the best midfield bulls in the competition in Round 22, to boot.

With their three best inside players shelved, the weight shifts onto the shoulders of a young man who has already carried so much in his short career. Whilst nothing that occurs over the next two weeks of footy can damage the reputation of Sam Walsh, we may well see it enhanced if he can steer this Carlton midfield through the treacherous waters of the final two rounds of the season and into finals.

Paywall… what a pain, right? Well, it is how we survive and keep the page clean of gambling ads. Yeah, that’s right – we don’t just talk about how bad they are, we just don’t accept their coin. This article is the third of five – maybe six members’ articles this week. You can access this, additional exclusive columns, and get the game reviews from HB earlier than everyone else by becoming a Mongrel Member. Plus, you help us grow.