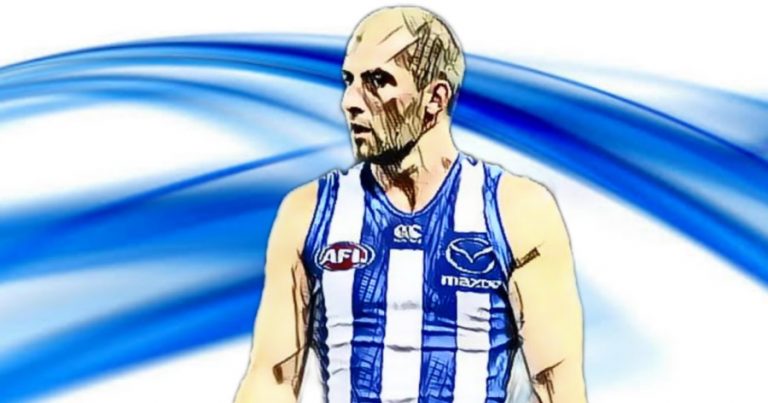 Whilst I would like to say that the return of Ben Cunnington to the senior North Melbourne side is the best footy story of the year, it simply cannot stand alone at the top of the heap.

There is nothing better; just something that is equal to it in terms of achievement and fighting back from adversity.

After noise that he may make his return in Round 20, Ben Cunnington fronted up for the North in the VFL. Having made it through the game without injury or slipping someone a cheeky jab to the ribs, we are now set to celebrate what is an amazing comeback from testicular cancer. It is a feat matched only by Sam Docherty earlier this year as he returned from the same condition to star for the Blues in 2022.

North Melbourne have had little to cheer about this season. Injury, poor form, and a huge losing streak had the club, its fans, and the playing group on edge. The coach was given his marching orders and the board were under constant pressure from the media. Aaaaand, of course, Caroline Wilson kept banging that drum about “their relocathun to Tathmania”.

Even what should have been a highlight this season – the play of their number one pick, Jason Horne-Francis – was overshadowed by strange Instagram likes, trips back home, rumours of him wanting out, and contract talks put on hold. Everyone with an affinity of any sort for the royal blue and white needed a shot in the arm.

And the return of Ben Cunnington gives them just that.

Cunners’ career to date has been one of steady excellence without external reward. Those inside the club love him and what he has provided – two Syd Barker Medals attest to that, and four runners-up finishes in the Best and Fairest count indicate just how consistently good he has been. But outwardly – Cunnington may be one of the best of the modern era never to be fitted for an All-Australian guernsey.

In watching Cunnington and gauging his personality, the latter is likely unimportant to him in the grand scheme of things. The respect of his teammates and those within the club would supersede anything the league could bestow upon him. He strikes me as a man who does not care what those outside his inner circle think – perhaps that is why I like him so damn much.

Cunnington is what my Dad would have called a “footballer’s footballer”; one who does not take a backward step, will put his head over the footy when it is his time to go, and will relentlessly do the hard stuff to make his teammates’ lives easier. Whilst finding the footy has never been an issue, Cunnington has made a habit of doing what only a few can – he makes those around him better.

Watching North in 2022, there have been moments where some of the younger players, including JHF, have come in for treatment from the opposition – nothing huge, but they have been knocked over, or rag-dolled and no one has stepped in to stop the rot. I am sure there would be some senior players who would have dropped their heads when they saw reviews of those moments and realised it was their job to step in and fly the flag for the kids on the team.

However, that has been Cunnington’s role. Seemingly, it remains his, even now.

North Melbourne walks taller with Ben Cunnington on the field. He exudes an aura of control… and one that speaks of someone who could take matters into his own hands should the situation require it.

It seems a little unfair to ask for the same response from North Melbourne that Carlton gave when Sam Docherty returned from his own bout with testicular cancer this season. They’re different teams at different stages of their footy journeys. The Blues got off to a flier this season, and with Doc running forward to slot a long goal, it just about brought the house down.

The optimist in me wants to see the same for Cunners – the heart and soul of the North Melbourne team for several years, he deserves a moment like that in a game where the team rallies around his return.

Make no mistake, whether he gets that moment or not, this weekend will be cause for celebration.

I know that footy is about wins, losses, finals, and the draft. They call it the football business – not the football friendship, yet even in an age that sees footy controlled more like a corporation than a sport, there remains a place for sentimentality and for people.

This weekend, we have one of those moments.

This Saturday, a warrior gets put on his armour to enter the coliseum once again. He gets to stare across at his opponents, and after the first siren sounds and the handshakes and well-wishes are complete, Ben Cunnington once again goes to battle for the team he loves.

Heaven help those who stand between him and the footy.

If it turns out that this is his AFL swansong, then my hope is that Cunners and those wearing blue and white make it a special one. If it turns out it is just another step as he returns to the form that made him one of the more beloved Kangaroos in recent years, then that is fine, too. A North Melbourne team with Ben Cunnington in 2023 is a significantly better one than a team without him.

In a season that has seen Sam Docherty return from an insidious disease that could have claimed so much more than just a football career, Ben Cunnington has replicated his feat and finally steps foot back on an AFL ground.

North supporters or not, this weekend is a time to drop the bravado, drop the tribalism, and drop the parochial bullshit, even just for a little while to pay respect to a man that has worked all the way back.