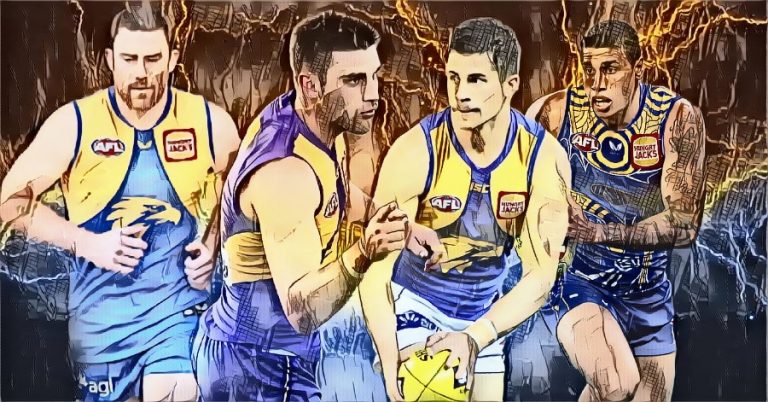 I’m not sure how into conspiracy theories you are, but what West Coast need in the off-season of 2022 is a the type of Great Reset that would make Klaus Schwab raise an eyebrow in the manner of a super-villain and say “veeeery iiiinteresting….”

To say this season has been a write-off for the Eagles would be an understatement. After a start to the season that saw them have to dip into the well of top-up players in order to field a team, West Coast have been running uphill all year, and as they near the top of the hill, a rest, some recuperation, and a way forward need to be the focus.

Sadly, that way forward will consist of some of the greatest names the club has seen moving aside in order to usher in a new era.  And 2022 has given us a taste of the young talent coming through and what it could be capable of.

Rather than the regular lamentations of the year the Eagles have had, and rather than looking at some pretty spectacular list management fails over the last couple of seasons, it is probably pertinent to look forward and see where this team could go and how they could get there in 2023.

West Coast are not a team that stays down long. The last time they were written off by the media, I believe they won a flag. It was enough to send Robert Walls off to France for another well-earned break from being wrong.

However, this cohort of players is vastly different to those who buckled down and went on to stick it right up the doubters. This time, the rebuild may take a bit of time, but some of the parts are already in place. Here’s The Mongrel’s take on how the Eagles restart the machine.