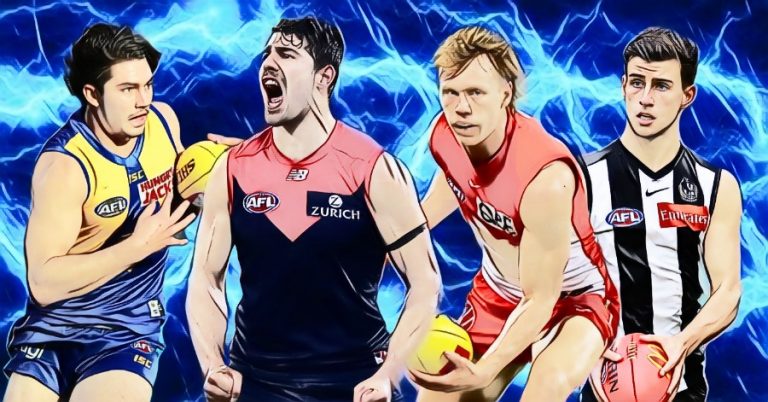 So, maybe I won’t throw my hat in the ring for the job at Arden Street. After 16 consecutive losses, the departure of the recruiting staff and a sacked coach, a Leigh Adams led North Melbourne to one of the upsets of the season over a Richmond side that needed to solidify their place in an increasingly tight top eight. Elsewhere, after re-signing their coaches, both Gold Coast and St Kilda put in hugely disappointing efforts that all but killed whatever finals chances they had, Geelong re-asserted themselves as the team to beat, Fremantle had a slip up over a Swans side that could be literally anything, depending on the week, Melbourne did it the hard way up north, Collingwood made it eight on the trot, and the Lions did what they needed to against the Giants.

I know what you’re all thinking, what happened with our illustrious team? Let’s find out. Together.

Last week, there was stability in our ranks, with only one change made to the team. There were more than a few names that were just hanging on, and could easily have been chopped seven days ago. But I gave each of them the benefit of the doubt, and I sat each of them down and told them that if improvements were not made, I wouldn’t hesitate in making the necessary changes. For some, this was the great motivator. For others, it was not. In total, six players were hastily moved on, as a half dozen more superstars were ushered into the ever-changing line-up.

It’s no secret that West Coast has struggled this year. In fact, to say they’ve struggled would be like saying the Titanic hit an ice cube. But in recent weeks, the men from the west have certainly improved, and suddenly the rebuild looks in good shape. Perhaps their most prized possession is Tom Barrass, who played arguably the best game on his career against the Hawks on Sunday. Matched up against Mitch Lewis, Barrass was superb both defensively and offensively. Completely blanketing Lewis, Barrass restricted the young forward to just nine disposals, two marks, and most importantly, just one behind for the afternoon. On the flip side, Barrass was the main offensive weapon from the back half, finishing with 30 disposals (24 of them kicks, and at an efficiency of 93%), 18 marks, 11 intercept possessions, eight one-percenters and five defensive rebounds.

The other player who forced his way into our defence is also the younger whippersnapper to join the ranks. But there can no longer be any debate that Nick Daicos must take his place amongst this season’s greats. If there was any doubt left about Daicos’s credentials, he slammed the hesitation down with a faultless, best afield display against the Crows. Amassing 40 disposals, Daicos was everywhere, with eight defensive rebounds, five inside 50s, and three goals. The comparison between Daicos and fellow wunderkind Sam Walsh have been constant throughout the season, but Daicos might just have overtaken Walsh as the best 19 year old the modern game has ever seen.

The other player we need to talk about is wingman turned half-back Jordan Dawson. Like Cumming, Dawson’s last two appearances haven’t been his best, and a large part of that has to do with the new position he plays. Dawson was a walk up start earlier in the year, with his dash earning many plaudits. But as soon as Matthew Nicks moved Dawson to half back, suddenly his weapons weren’t able to be used to their full effects. But with all of that said, Dawson’s early season excellence has saved him from complete omission, and he is simply relegated to the interchange bench.

But with Dawson moving to the bench, we were left with a tough call on the other half back in our extended side, Liam Baker. According to our Mongrel rankings, Baker was the form player of the competition, with his versatility seen as his major weapon. However, it seems that complacency has crept in, because as soon as Baker was selected in our team, he put together two of his worst efforts for the season. First, he was torched by Ben Ainsworth in the loss to the Suns, then he was nowhere to be found in the loss to the Kangaroos. Baker is still young, and will find consistent form once he fully grows into his career, but for right now, the call had to be made to omit him from our line-up.

Now we come to our midfield maestros. Four of our five held their place, and are relatively safe for the coming weeks, but for one, it was a case of too little, too late. Carlton skipper Patrick Cripps started the year like a house on fire, and will no doubt be leading the Brownlow Medal count in the first six weeks. However, with Carlton’s form slightly stuttering, so too has Cripps’s individual form. Two years ago, Cripps carried his team on his back far too often, and was left with little to no assistance. This year, Cripps has firmly been overtaken as Carlton’s best midfielder, and in the last two weeks, Cripps been below his lofty best, with just 24 and 17 disposals coming from his last fortnight.

So who comes in? I made a poll in the Mongrel chat, with the seven leading candidates each putting forward strong cases for inclusion. It came down to two men, Callum Mills and Connor Rozee. Each has put together superb seasons, but only one could be elevated. Combining brilliant offence with hard-nosed defence, ultimately it was Mills that was chosen. In fairness to Mills, had it not been for our ‘midfield rule’, Mills would’ve been a mainstay in our line-up for a lot longer than the few weeks he was in. In the victory over the Dockers, Mills was perfect, with 26 disposals, nine marks and nine tackles, in a brilliant two-way midfield display.

But what about the big man feeding our midfielders with the ball they need to do their jobs? Jarrod Witts has been engaged in a two-man fight with Max Gawn over the starting ruck position, but another player has entered the ring, and overtaken them both. Witts’ last few weeks haven’t been his best, and after another mild performance, it was only a matter of moments before the change was made. But it wasn’t Gawn that we elevated. It was a player that wasn’t his team’s starting ruckman until an injury on ANZAC Day. Since then, Collingwood’s Darcy Cameron has performed so well, that suddenly million dollar man Brodie Grundy is almost surplus to requirements. Sure, Cameron doesn’t amass the sheer weight of hitouts that others in his category do, but find me more well-rounded ruckman this year, and I bet you’ll struggle. Averaging 16 hitouts, 14 disposals, five marks, and a goal a game, Cameron has become a more than valuable ruckman/forward, and when Grundy returns, the Magpies will enjoy a deadly gigantic duo.

Finally, our forward line, and the final two changes. Height is where we begin, and Aaron Naughton picked the worst time to miss his team’s win. Naughton has held onto his position due to the importance he has in the Dogs forward line. But that importance was highlighted, or rather, lowlighted, in the Dogs’ big win over the Saints. Without their main man, the Dogs had no trouble putting St Kilda to the sword, and in doing so, showed other teams how to secure victory without their usual main avenue to goal.

With Naughton missing, the man who has always been one small step ahead of him on the Coleman ladder asserted himself and took the place of the young Bulldog. Tom Hawkins lost his place in our team simply because he was being overshadowed by teammate Jeremy Cameron. Hawkins has continued to put together strong performances, but Naughton has always managed to hold on. Playing forward and in the ruck, Hawkins used his strength superbly, and his two goals both came in a see-sawing second quarter, and helped the Cats take control of the contest.

The final player to lose his place only held onto in for a solitary week, and unfortunately, he was unable to solidify his strong performance a week prior. Ben Ainsworth may be one of the most underrated players in the competition, but on Sunday evening, he was just as disappointing as the team around him. For the Suns, this was the perfect opportunity to show the AFL world just how far they’d come, but it merely resembled the ghosts of seasons past. At three quarter time, Ainsworth has only touched the ball seven times, and was reduced to spectator as the Bombers onslaught only grew. Ainsworth managed to make his stats sheet somewhat respectable in the last quarter, but by then the damage had been done.

Last week, I agonised over which half forward flanker would be included in the team, incumbent Bayley Fritsch, or resurgent Isaac Heeney. I also made a promise for this week, that whichever of Fritsch and Heeney had the better game, would take the spot in this week’s team. Both men had good games, not spectacular by any means, but solid serviceable roles that helped their team win. This made my decision quite difficult, until Ainsworth decided not to show up for work on Sunday. I then channelled the little girl from the Old El Paso ads, and thought, why not both? Heeney had done enough to earn his place without usurping Fritsch, and after 12 goals in his last five matches, Heeney has recaptured his early season form at the perfect time.

One last note. Tom Hawkins replaced Aaron Naughton in the 22, but was not a direct replacement on the field. Some magnets needed to be shuffled, and I decided to place Heeney on the half forward flank, and move Tyson Stengle from the flank to Naughton’s freshly vacated spot in the pocket. Hawkins takes Ben Ainsworth’s spot on the bench.

We have another huge round of footy on the horizon, and it’s another opportunity for some teams to solidify their September credentials. Port’s season is hanging by the weakest thread as they host the ladder leaders, Gold Coast heads into the Q-Clash where nothing more than a big victory will end their season, Collingwood will be aiming for nine in a row against the arch-rivals, Richmond and Fremantle meet on the Friday night stage, with both teams looking to atone for last week’s blemishes, and the rematch from last year’s Grand Final promises to be a full-throttle clash of the titans.