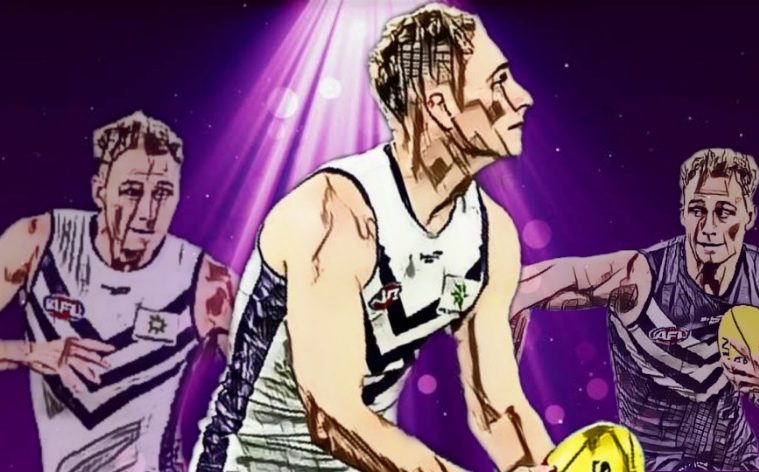 The more I watch the Fremantle Dockers, the more I am convinced.

Will Brodie is the undoubted recruit of the year.

At this time last season, Brodie had managed just three games for the Gold Coast Suns. He’d go on to play five for the year, including sitting on the bench and watching them capitulate to Melbourne by 16 goals in Round 20. As he watched his teammates chase tail all day… and not in the good way, his mind had to have been made up. His time at Gold Coast was over.

And if he needed any further convincing, I am sure Stuart Dew could have done just that in their exit meetings following the season.

“Surplus to needs” was a saying that was tied to Brodie in his last days with the Suns, despite him returning for the 2021 pre-season in career-best shape. The Suns had recruited a pair of young stars for the 2020 season, already had Touk Miller emerging as a star, and had the reliable and hard-at-it David Swallow in the middle.

And they thought they had Hugh Greenwood, as well.

Brodie may have been “surplus to needs”, but sometimes, all a player really requires is a legitimate shot at proving he belongs.

And this is where Will Brodie found himself to begin the 2022 season.

Paywall… what a pain, right? Well, it is how we survive and keep the page clean of gambling ads. Yeah, that’s right – we don’t just talk about how bad they are, we just don’t accept their coin. This article is the second of five – maybe six members’ articles this week (shorter week). You can access this, additional exclusive columns, and get the game reviews from HB earlier than everyone else by becoming a Mongrel Member. Plus, you help us grow.