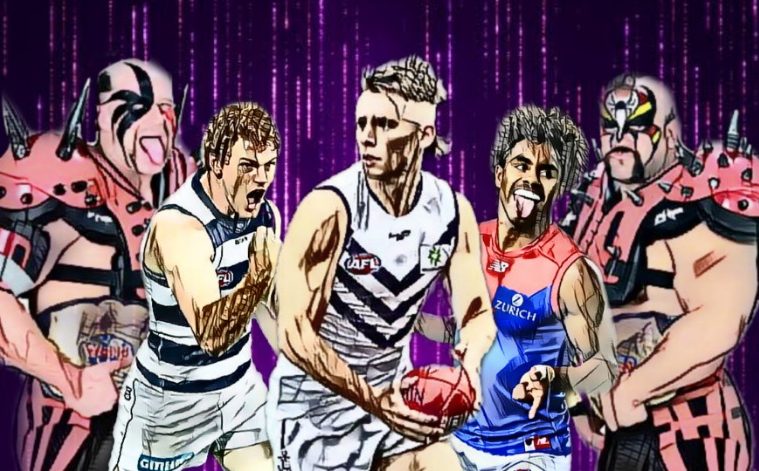 Five interstate wins sees the Fremantle Dockers once again sitting atop the Mongrel’s Road Warrior Ladder after Round 17, and it is a position they thoroughly deserve.

THE ROAD WARRIOR LADDER AFTER ROUND 17

Three teams on the move this weekend, with the Dockers surging back to the top spot with their league-leading fifth interstate win of the season. I love what this team has been able to do in 2022 – they’re beating other contending teams anywhere, anytime and they look very much like a certain 2013 version of the team that adopted the same mantra.

Wins at Kardinia Park, the MCG, and now Marvel Stadium… Freo are building nicely toward September footy, and as a neutral, man they are good to watch!

Carlton absorbed the best the Eagles could throw at them at Optus Stadium, before rampaging home in the last quarter, whilst the Bombers – they got their first road win of the season, and it was an excellent one, taking advantage of a Brisbane team that had multiple outs due to both injury and health and safety protocols.

That is no excuse for Brisbane, whose lack of pressure at the contest was preyed upon by the Bombers.

COLLINGWOOD head to South Australia to take on the Crows at Adelaide Oval.

And GOLD COAST travel down to Marvel to face ESSENDON

RICHMOND pack their bags and make the arduous trek across town to Marvel Stadium to face North Melbourne. Note – Damien Hardwick has not been happy about being scheduled there, but then again, this is not a Tiger home game.

Both the Cats and Saints are not eligible for points this week despite being the away team. The Saints are playing the Dogs at Marvel, and in a statement that is sure to ruffle some fur, the Cats play the Blues  at the MCG… which is also classified as their home ground… so there.

Wrestling note of the week – Bruiser Brody was one of the more infamous wrestlers of the 1980s, and had a reputation for not cooperating when he didn’t want to. His cage match from Florida against Lex Luger saw Brody simply refusing to sell for any of Luger’s offence, with the then-young Luger panicking and getting the hell out of there.

As a result of his unpredictability, Brody was not an ideal employee for the WWF, or WCW for that matter. Instead, he worked Japan and Puerto Rico quite often, and it was whilst working for the latter that he met an untimely end.

Whilst engaging in a heated argument with the booker of the Puerto Rico territory, Brody was stabbed and killed by Jose Huertas Gonzalez, who wrestled under the name Invader 1. He was later acquitted on the grounds of self-defence. It is speculated that part of the reason Gonzalez was acquitted was due to the nature of Pro Wrestling in Puerto Rico, where it was taken more seriously at the time, and people believed that Frank Goodish (Brody’s real name) was really the uncontrollable maniac he played in the ring.