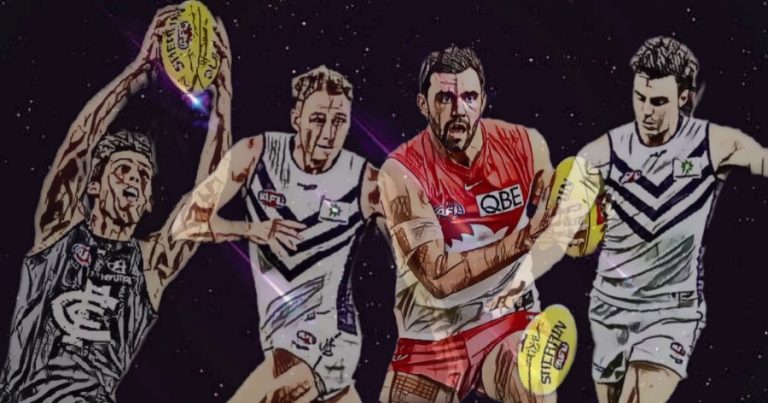 Recruit of the Year Award – Round 16 Results/Leaders

We’re now at the point where one missed week, or one-off game is going to impact the result in a big way in our Recruit of the Year Award.

With just a solitary point separating our top two, we are looking at a final seven weeks of the season where every single point is valuable, and even a one-week knock to the head could spell disaster.

Paywall… what a pain, right? Well, it is how we survive and keep the page clean of gambling ads. Yeah, that’s right – we don’t just talk about how bad they are, we just don’t accept their coin. This article is the fourth of five – maybe six members’ articles this week (shorter week). You can access this, additional exclusive columns, and get the game reviews from HB earlier than everyone else by becoming a Mongrel Member. Plus, you help us grow.