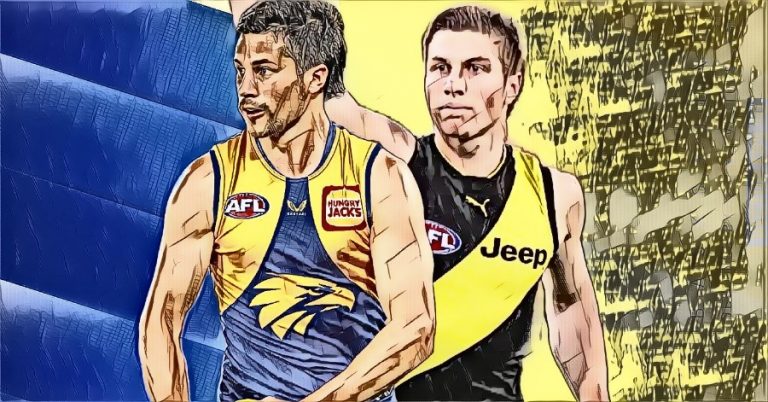 A Tale of Two Liams

One of the breakout stars of the 2022 season has been Richmond’s Liam Baker.

The potential has been there for a while, but the opportunity to showcase his talent has been limited not by his ability, but by the ability of those around him. In a team experiencing so much success in the last six seasons, Baker had to bide his time and wait for an opportunity t present itself. With the Tigers suffering blows to their vaunted midfield in 2022, Baker took his opportunity and has established himself as a player not only on the rise, but one now established as a star in his own right.

Across the other side of the country, the West Coast Eagles have been patiently waiting for their own small defender to take the next step.

At 25, the time for Liam Duggan to make the move into the midfield is starting to run a little short, but like Baker at Punt Road, perhaps all he needs is an opportunity?

Paywall… what a pain, right? Well, it is how we survive and keep the page clean of gambling ads. Yeah, that’s right – we don’t just talk about how bad they are, we just don’t accept their coin. This article is the first of five – maybe six members’ articles this week (shorter week). You can access this, additional exclusive columns, and get the game reviews from HB earlier than everyone else by becoming a Mongrel Member. Plus, you help us grow.