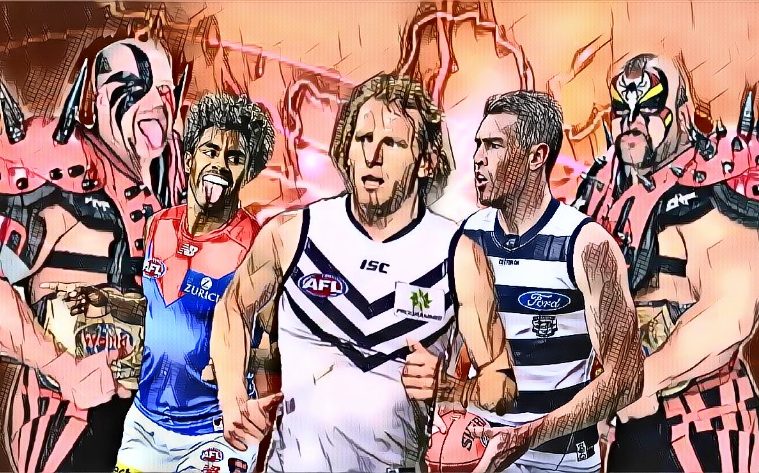 The Road Warrior Ladder – Round 15

It’s the smell of finals, wafting on the breeze. We may be in the midst of Winter, but Spring is not too far away, and with just eight rounds remaining, wins on the road become like gold.

THE ROAD WARRIOR LADDER AFTER ROUND 15

Just one mover this week, with the home teams, or at least those who share a ground, all getting up.

Except for the Crows, clocking their first in Tassie at the expense of the hapless Kangaroos. The Crows piggy-backed off ten goals from Tex Walker and Darcy Fogarty as North tried their biggest, strongest defender up forward.

Hey, his brother can do it!

Essendon and North Melbourne… well, they have flat out sucked, but at least the Bombers have managed to win a few at home. North… wow, they are limping to the line.

WESTERN BULLDOGS head to the Gabba to take on the Lions

SYDNEY look to move into the lead as they encounter the Bombers at the MCG.

MELBOURNE head to Adelaide Oval to take on the Crows

COLLINGWOOD head to Queensland to take on the Suns

NORTH MELBOURNE look to score their first points of the year, taking on the Cats at Kardinia Park

So, the only games not worth any points this week are the battle of the co-tenants, Carlton and St Kilda at Marvel.

Wrestling note of the week – My personal favourite wrestler, Randy Savage was a… well, a little bit nuts, to say the least. Savage was always in-character as soon as he entered the building, and had this maniacal work ethic.

Just prior to Wrestlemania 5, Savage was admitted to hospital with a staph infection in his elbow. Against the doctor’s orders, he discharged himself from the hospital and made it to the show to drop the title to Hulk Hogan as he believed it was the right thing to do.

Amazingly, though the two would meet hundreds of times over the next 10-12 years, Hogan never actually repaid the favour, defeating Savage for several other titles but never allowing Savage to have a win over him.

I reckon Randy was far too generous.