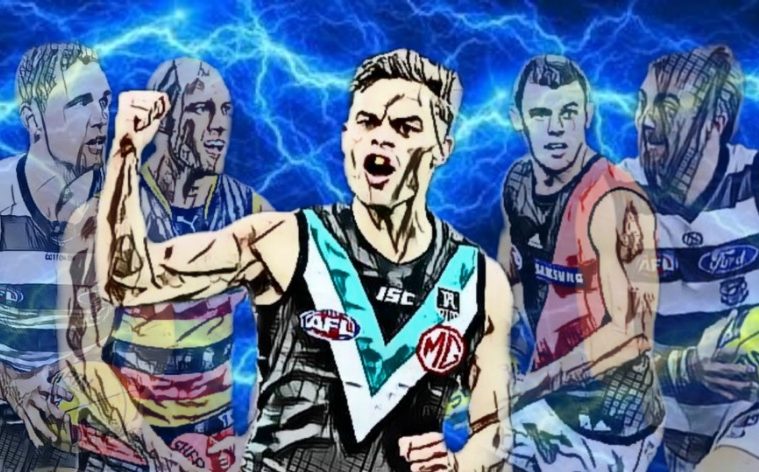 Basketball has long-celebrated the triple double. Names like Oscar Robertson, Wilt Chamberlain, Magic Johnson and more recently, Russell Westbrook have made this category their own over the years. In 2017, Westbrook broke the all-time record for most Triple Doubles in a single season, grabbing rebounds, assists and points at will. However, when you add just one more statistical layer to the mix, those able to achieve the ‘next level’ feat drop off dramatically.

Only four players have been able to pull off a Quadruple Double in NBA history. Nate Thurmond, Alvin Robertson, Hakeem Olajuwon and David Robinson are the only men ever to climb this mountain, and each has only done it once (Hakeem almost had two but had one rescinded once the game was reviewed and the NBA deducted an assist). Thurmond was the first to achieve this in 1974, and Robinson was the last man to pull it off, twenty years later. No one has completed it since 1994. In the last 25 years, we’ve seen none.

In the AFL, the quadruple double is almost as elusive as it is in the NBA. Prior to Round 15, 2022, only six players had been able to compile enough numbers across the range of four specific categories to qualify as Quadruple Double players. I don’t think this kind of thing “Americanizes” our game more than the advanced statistics we use currently already have. We now count goal assists and score involvements. We count ground ball gets, loose ball gets, hard ball gets, and… well, I am sure there has to be one other type of get.

The Quadruple Double is more a fun kind of stat – the sort that captures a player’s influence in a number of areas, and occurs so rarely that it deserves to be celebrated when it does.

But why limit it to just these four specific categories? Why not allow clearances? Why not allow contested possessions? Well, they’d be doubling up, wouldn’t they? A clearance would be either a kick or handball, so in one action, you get to tick off two categories. It doesn’t sit well with me.

To be completely fair to those who came before, we’ve opted for only standard statistical categories. There’ll be no pressure acts, inside fifties, rebound fifties, 1%ers or hitouts included to make it easier to achieve. What we’re looking at is the pure nuts and bolts of the game. Kicks, handballs, marks and tackles. To achieve a Quadruple Double, those are the designated categories a player must record double figures in.

2008 saw the first Quadruple Double realised. One more was added in 2009, then another in 2011. Two were achieved in 2014, and the last one recorded to date was in 2015. With players now tackling more than ever, you’d think that we will see the Quad achieved more often, but as it stands, this is an incredibly difficult statistical milestone to reach.

Now, we have one more name added to the list – and it’s only taken seven years! 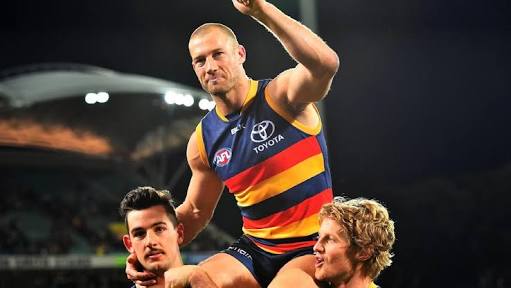 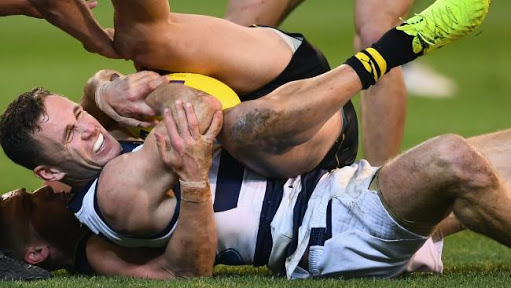 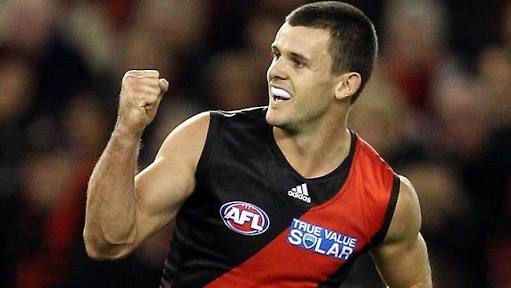 A three-year drought of Quadruple Doubles was broken in Round 5, 2014 when Ben McGlynn resurrected the stat for the Sydney Swans. 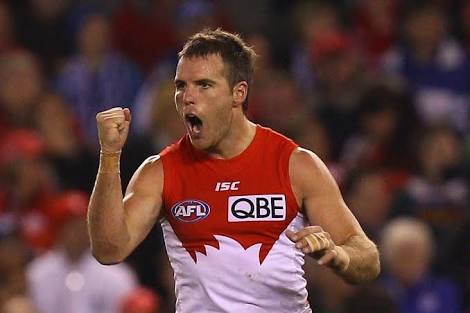 McGlynn was instrumental in the Swans’ victory over Fremantle at the SCG, his forward pressure and fierce intent on the ball and whoever had it in their possession saw him join elite company. 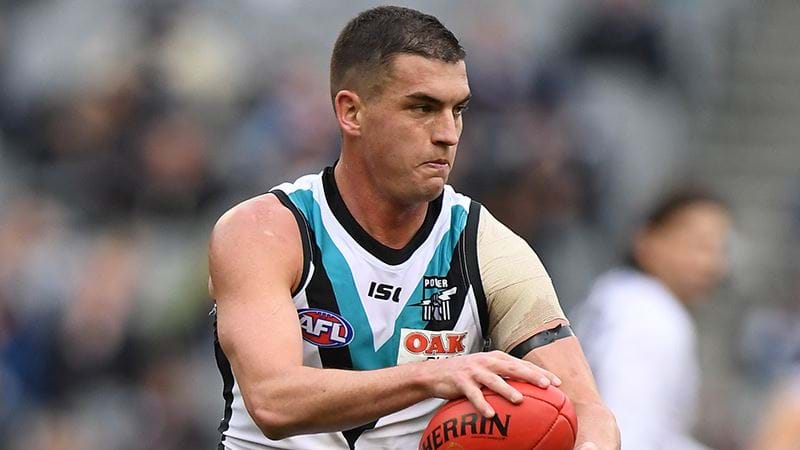 In a game completely dominated by the Adelaide Crows, Rockliff’s statistical masterpiece is somewhat lost. It’s hard to find things to celebrate when you’re being creamed to the tune of 105 points, but Rockliff’s individual game deserves recognition. Rocky has also been close on several other occasions.

And then there is Corey Enright – his work in defence made him a favourite, but really, he could have played anywhere 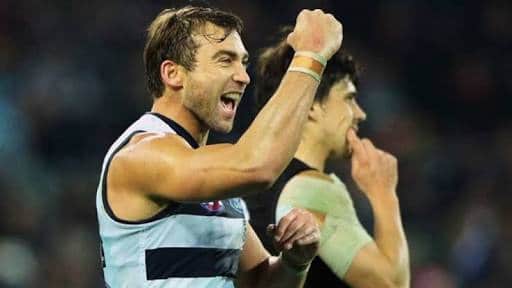 Enright was all class as he aided the Cats in their defeat of Collingwood at the MCG.

It is worth noting that at this stage of his career, many were talking about retirement for Enright. This performance may have just convinced them that he had one year left in the tank. If it didn’t, I’m not sure what else could have. 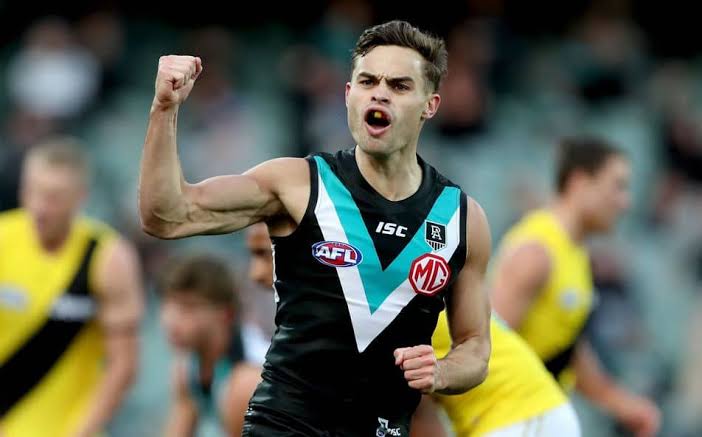 And now we add our seventh name – Karl Amon.

Not noted as a strong mark, or a strong tackler until recently, Amon kind of snuck up and took everyone by surpise.

The Mongrel would like to thank the unsuspecting guys and girls on the BigFooty Statistical Page for doing a lot of the legwork in terms of this stat before I started monitoring it. They have kept tabs on this statistical rarity and those who have come close for several years. Many thanks to you all – we’ve all been very patient waiting for this one, and I have appreciated you all cheering on the near-misses along the way.